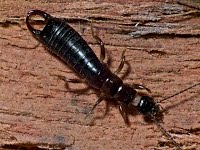 There are about 90 species of earwig found in Australia.  Earwigs are mainly nocturnal and live in damp places in cracks or amongst debris. They can be attracted to light at night. Not many species are known to fly anything other than a short distance.  Earwigs are probably best recognised by the pair of forceps at the end of their abdomen.  These forceps are used to capture prey, defend themselves and to help fold the wings back under the tegmina and as part of reproduction. Adult males never have less than nine apparent abdominal tergites, where as the females never have more than eight. (The visible number of tergites in nymphs are similar to the adult males but the forceps are more cerci-like or similar to the forceps of the adult females.) Eggs are mainly laid in short burrows under debris.  These hatch into nymphs that are then cared for by the female until they have completed one or two moults.  There may be four or five mouths before the nymphs reach the adult form. 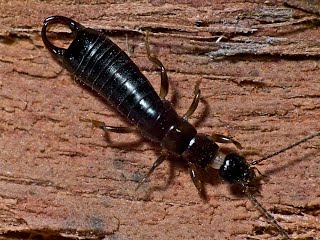 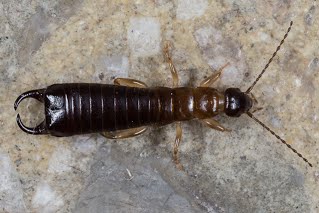 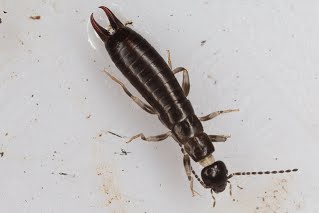 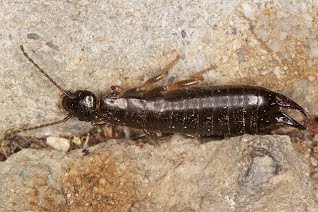 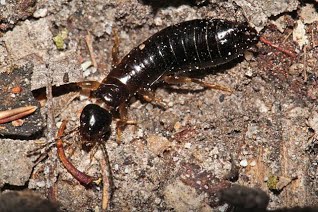 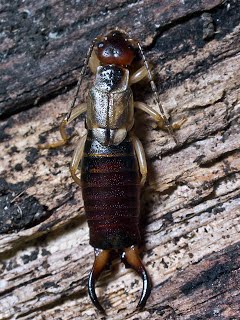 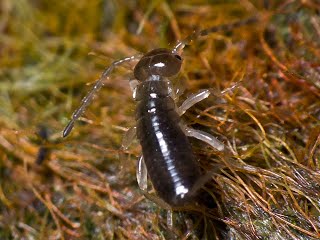 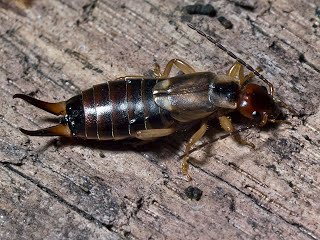 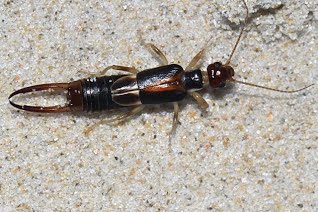 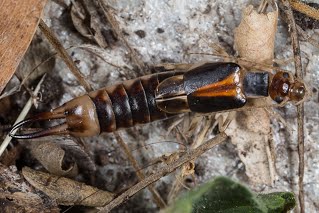 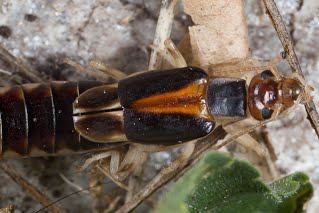 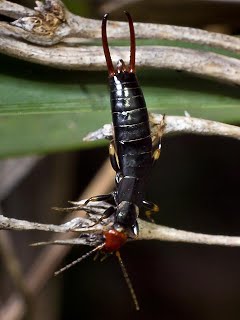 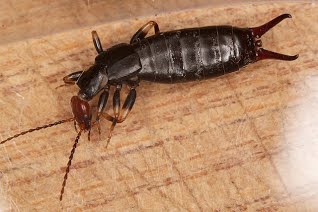 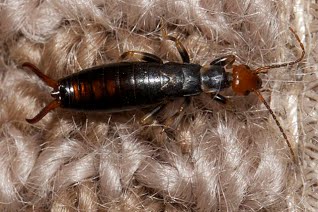 Kirby, W. F. 1891. A revision of the Forficulidae, with descriptions of new species in the British Museum. Journal of the Linnean Society of London, Zoology 23: 502-531.

Kirby, W. F. 1903. Notes on Forficulidae, with descriptions of new species in the collection of the Natural History Museum, South Kensington. Annals and Magazine of Natural History 7 11: 60-68.