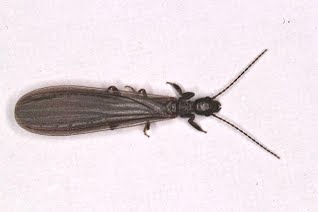 Embiopterans are rarely encountered unless males are attracted to lights during the flight period.  The adult and larval webspinners produce silk from their enlarged front legs. They use the silk to line tunnels and chambers under ground or stones.  Colonies of females live in the nests.  Only males have wings,and they are only developed in their last moult.  The females guard their eggs, and some species feed their young. 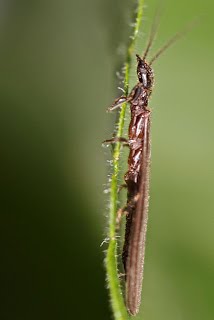 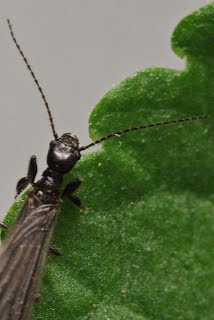 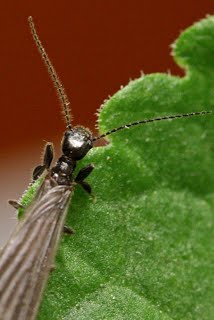 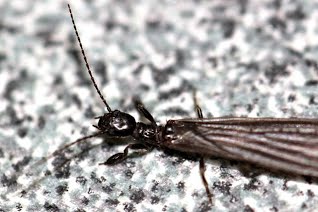 Either a female or an apterous male found stranded in an outdoor dog food bowl,
Late May 2020
Hobart/nipaluna 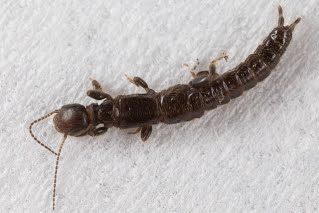 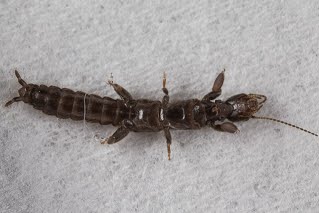 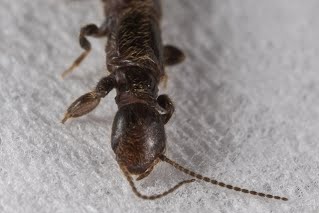 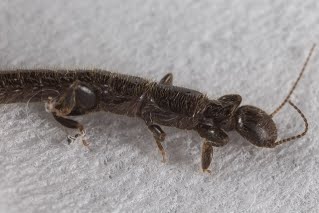 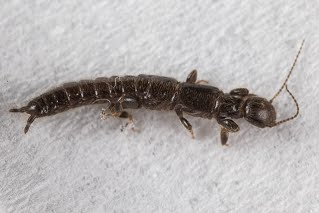 The same individual after walking off the background tissue! 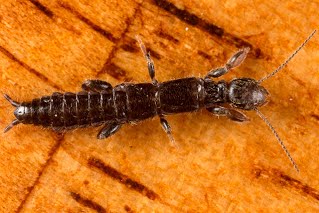 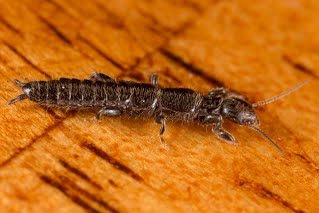 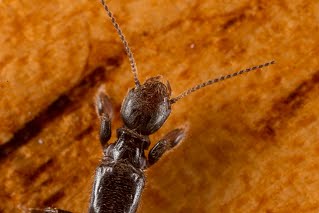 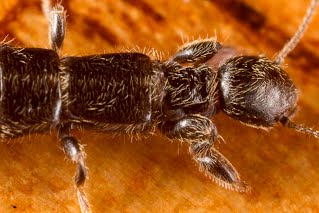 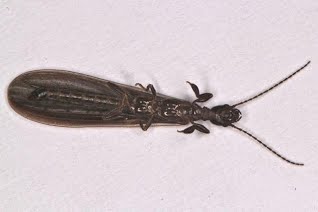 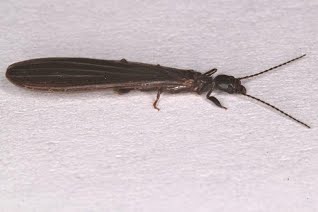 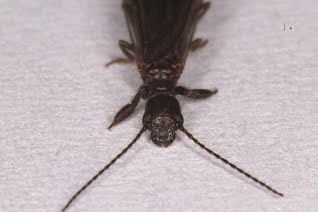 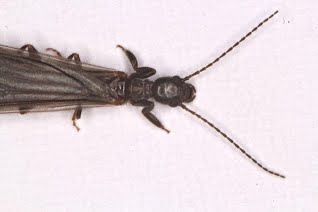 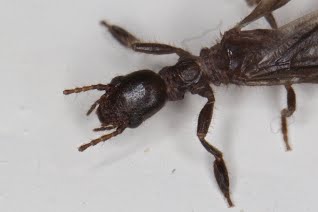 Late May 2022
Hobart
Trapped in condensation on a bathroom window. 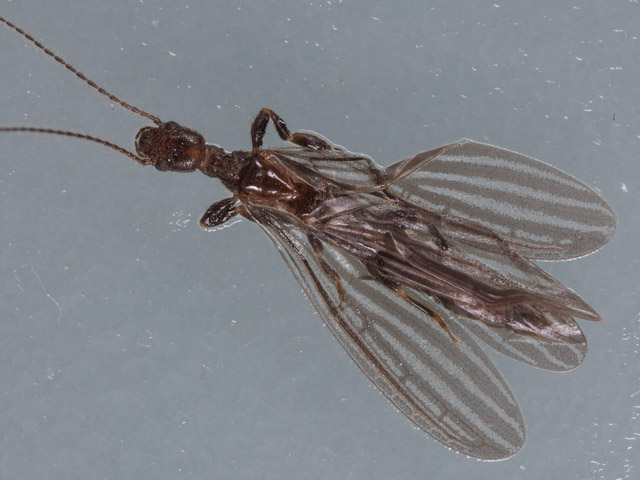 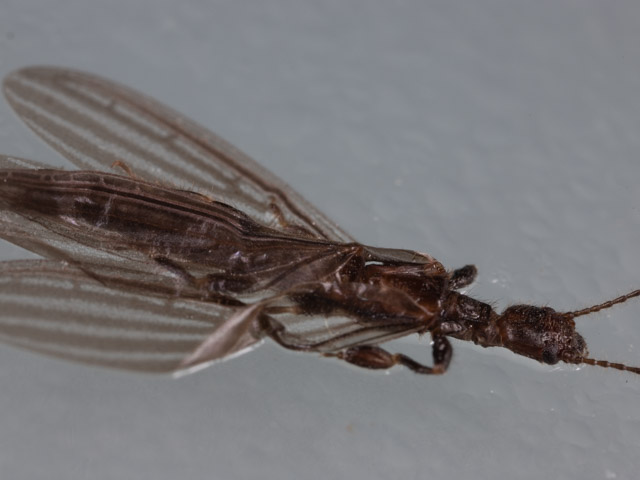 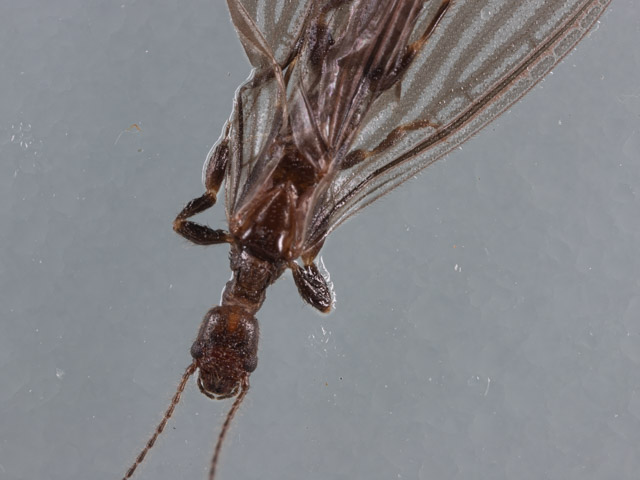 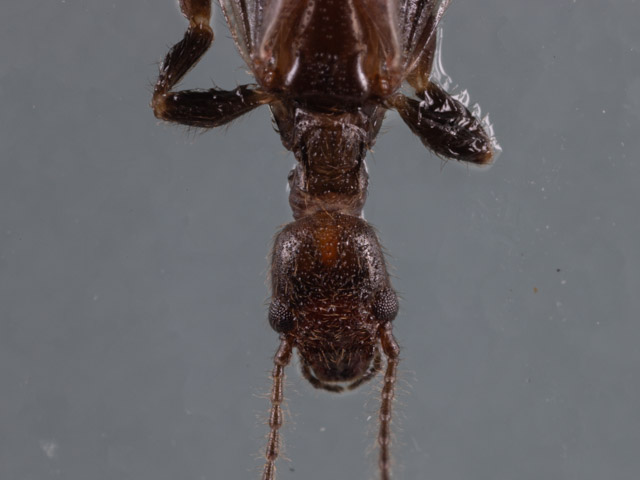 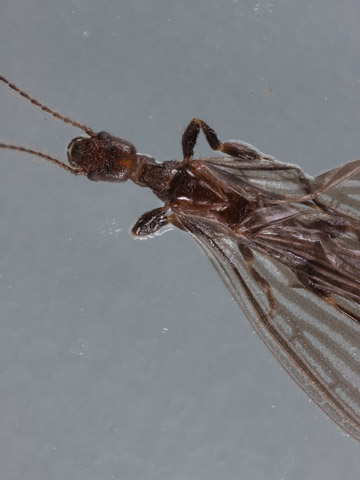