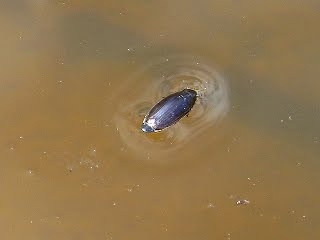 Whirligig beetles are often a very obvious presence in still water bodies as they move rapidly, swimming in tight circles,  around the surface.  Adults mainly consume insects that have fallen onto the surface of the water.  They lay eggs on underwater plants.  The larvae that emerge have gills and so can remain underwater to prey on small organisms.  They pupate out of the water within mud cells.  These are important indicators of water cleanliness as they are not found in polluted waters.  There is only one listed species of Gyrinidae in Tasmania; Macrogyrus howitti. 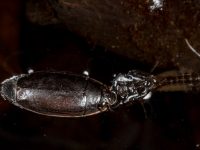 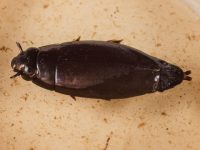