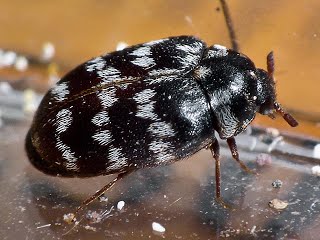 Native Carpet Beetles, Anthrenocerus spp.
Late May to Late October 2013
Franklin
A larva found inside the house was reared on long dead adult insects. It had a distinct taste for the flies, largely devouring a Drone Fly, a Wood Gnat, a Stable Fly, and a Onesia sp. (Calliphoridae). It rejected specimens of other Orders (Lepidoptera, Coleoptera, and Hymenoptera) and a flesh fly (Sarcophagidae). The larva reached a length of 5mm before pupating (3rd pic.), the adult emerged just under two months later and measured around 3mm. 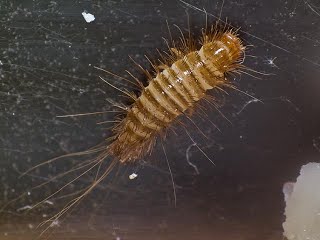 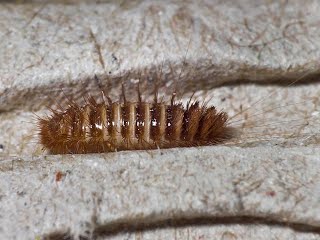 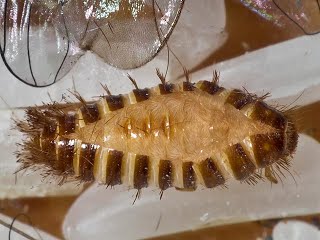 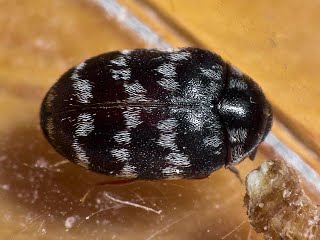 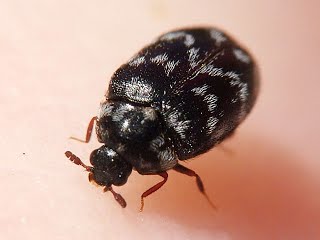 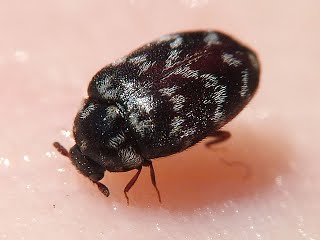 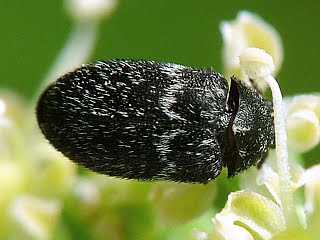 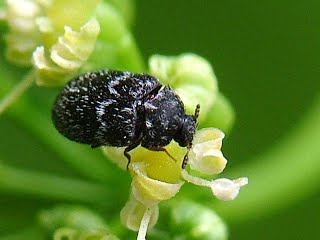 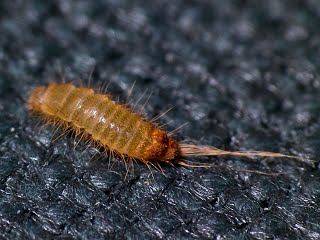 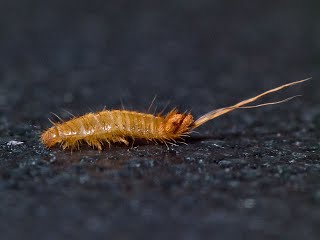