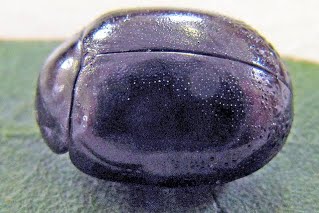 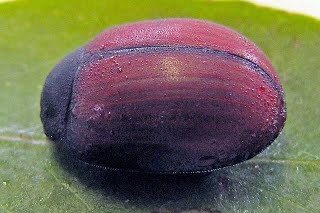 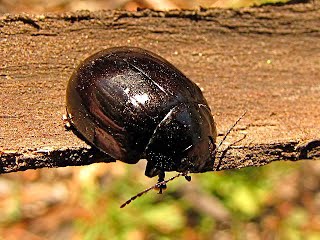 Late September 2015
Franklin
The eggs were found under bark near the base of a large eucalypt (carefully placed back after photos). The first instar larvae were photographed under the same piece of bark five days later.
Martin Lagerwey suggested the probable species identity which was later confirmed by David deLittle. 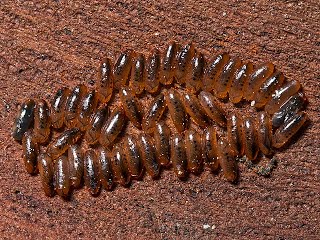 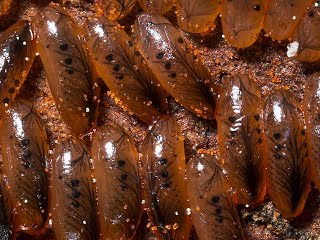 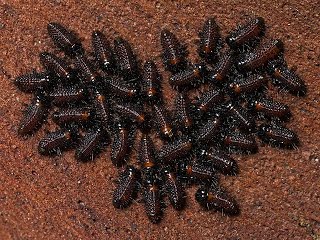 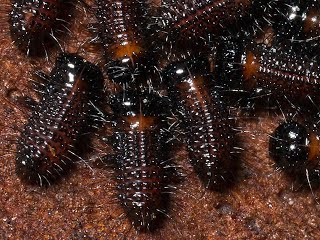 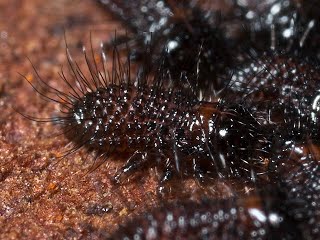