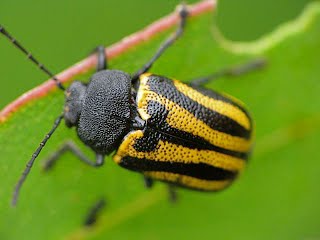 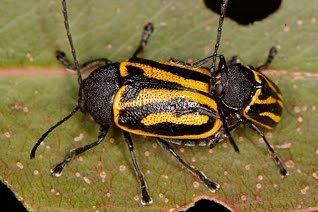 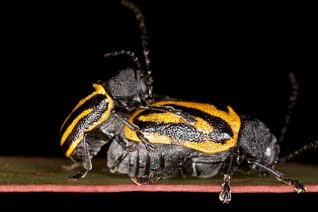 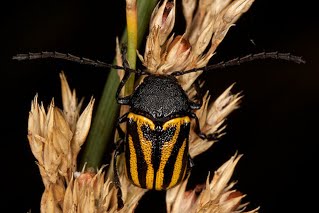 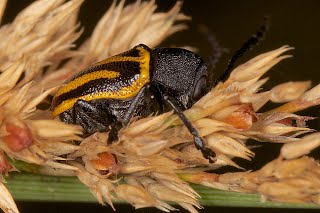 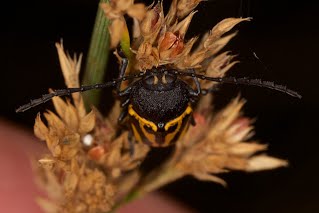 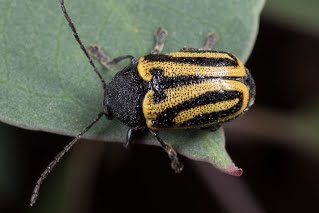 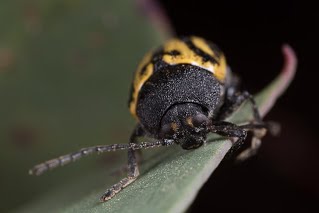 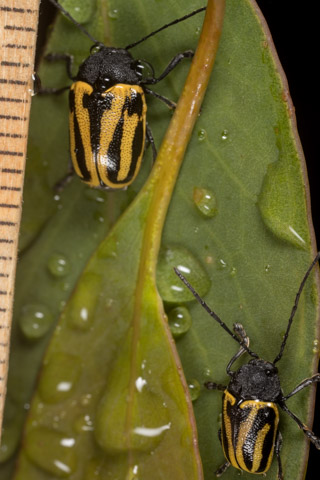 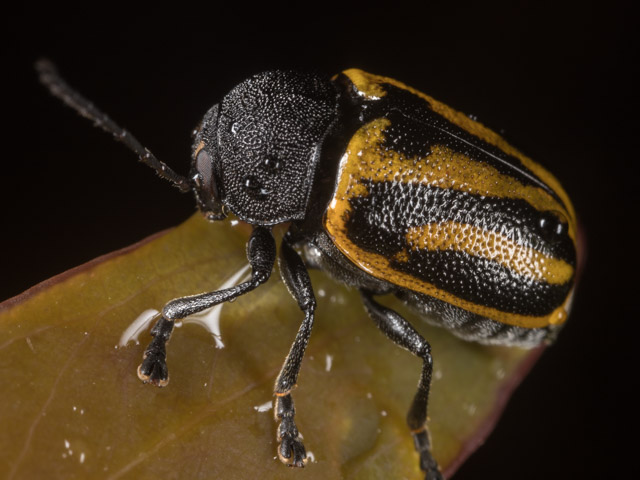 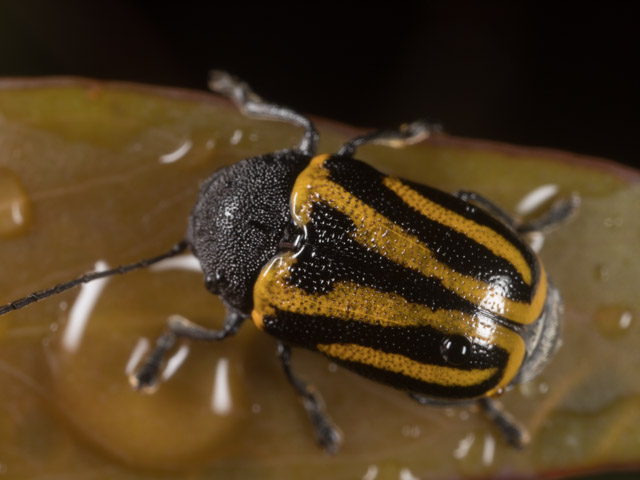 Cadmus australis larvae
Late December 2010
Knocklofty Reserve, Hobart
When the eggs  hatch the larvae are coated in fecal bullet-shaped capsules.  The larvae increase the size of the capsule when they need to, and use them as a protective cover as they feed on vegetation on the ground.  When they are ready to pupate, they simple close off the capsule.  These larvae were on a path for a number of weeks. 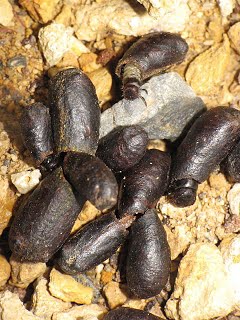 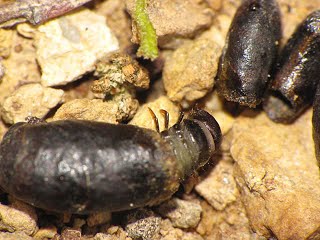 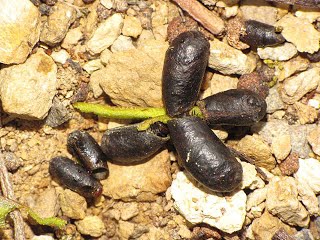