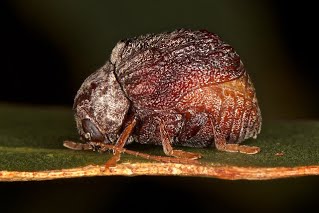 Cadmus (Lachnabothra) tasmaniae
The adults can be variously marked with darker areas. Females are around 5-6mm, with the males being around 4.5-5.0mm. Females have irregularly bumpy pronotums that for the large part evenly decline towards the head, and with antennae shorter than their bodies. The males have pronotums moderately bi-tuberculate medially such that in lateral view a raised portion is distinguished midway towards the head, and have antennae longer than their bodies. 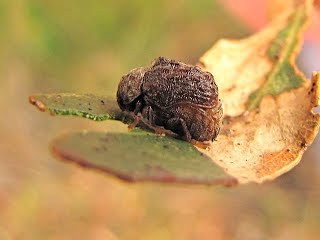 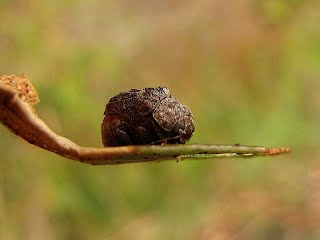 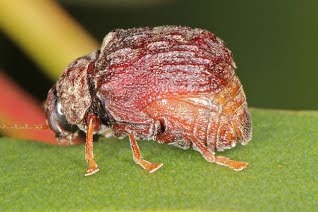 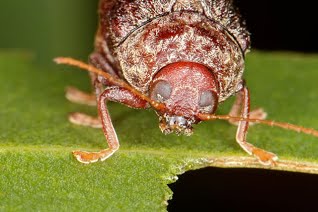 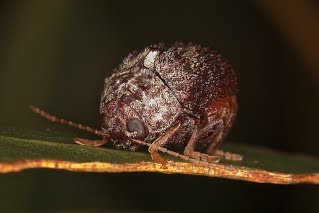 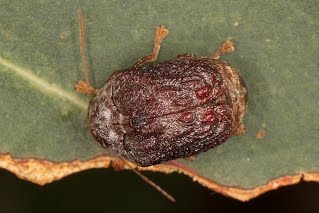 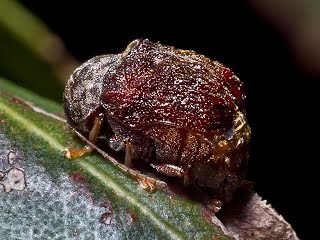 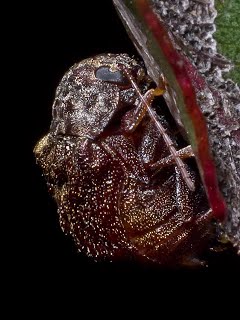 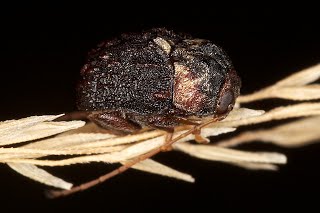 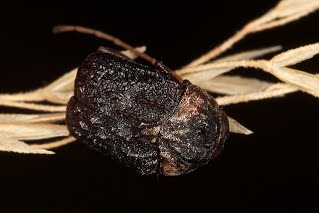 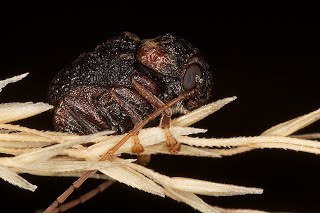 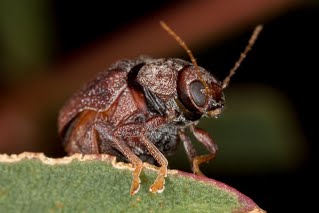 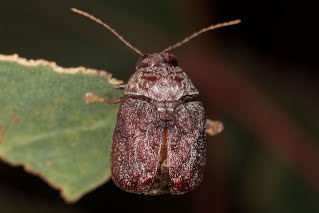 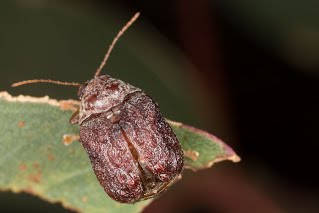 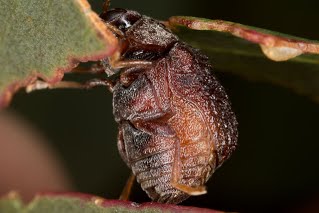