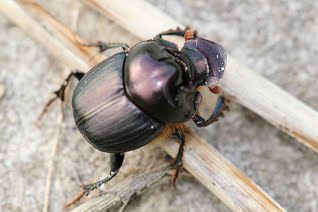 The dung beetles have mouthparts modified so that they can feed on liquids and feed on the faeces of other animals or rotting plant, fungal or animal material.  They also provide a supply of faeces in burrows for their larvae to feed on.  Most native Dung Beetles prefer marsupial faeces as a food source, but species have been introduced to feed on farm animals.   They have a rounded shape and their front legs are designed for digging both in dung and in soil.  Males and females usually have obvious differences (sexual dimorphism).  Often the males have extensions such as horns on their heads, whereas the females have none.    Tasmania has 10 listed species from two genera. 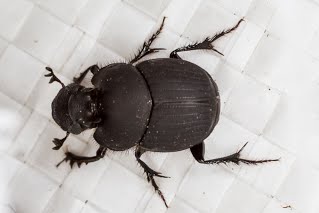 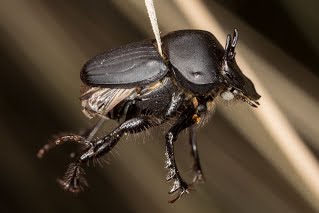 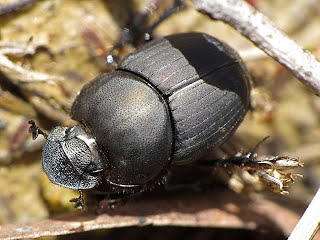 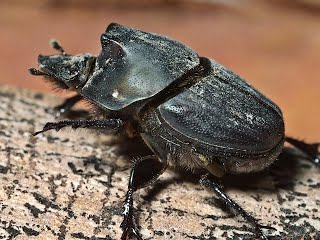 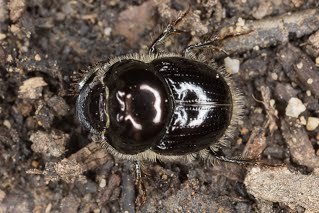 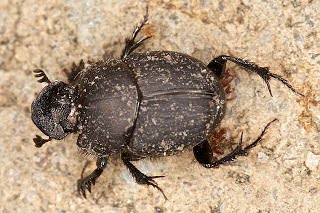