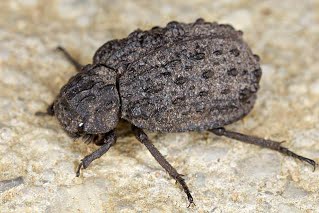 Dull and dark coloured beetles that feed on dead and dry animal carcasses but also old animal products.  They are one of the last of the chain of species that feed on animal remains.  Eggs are laid directly under the carcass and the larvae burrow down and also feed on the same carcass from below.  Adults can make a noise by rubbing their second last abdominal segment along the ridges of the internal elytra (wing cover) edges.  All of the Australian Hide Beetles are placed within the genus Omorgus.  Tasmania has three listed species. 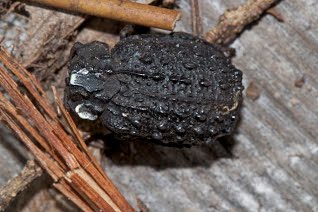 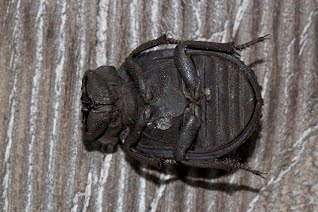 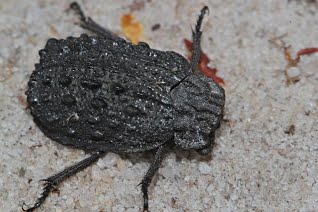 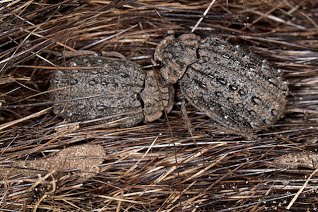 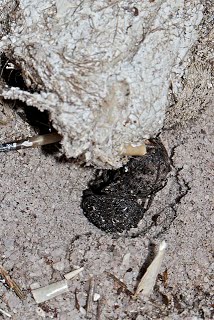 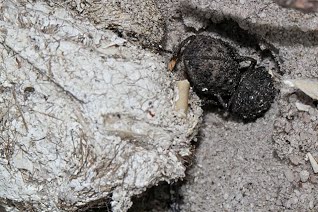 Rather obscure video (miscommunication to child of exactly how to “bother” the beetle), demonstrating its distress sound. 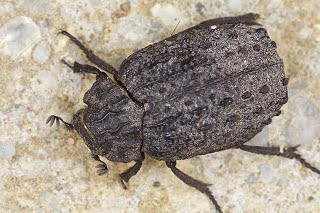 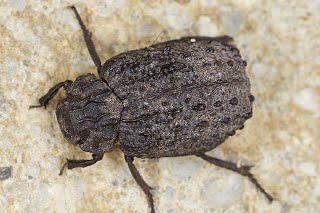 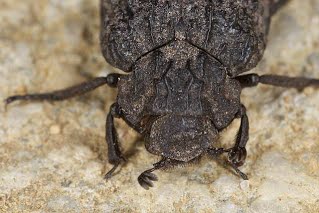