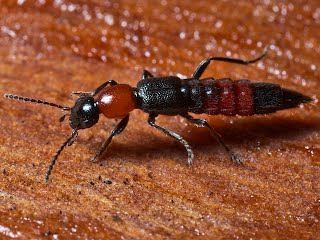 Paederus angulicollis differs from P. australis in colour principally by the mandibles being black, and the abdominal segments two to five more obscurely reddish. Structurally the former differs from the latter in dorsal view by the head behind the eyes being less produced, and the thorax with sides nearly parallel (thus behind only very slightly narrowed).
The beetles presented here differ from the original descriptions of P. angulicollis by abdominal segment 2 nearly entirely and segment 3 medially above blackish.Late September 2012
Huonville 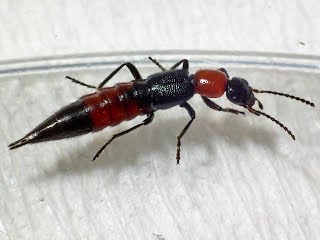 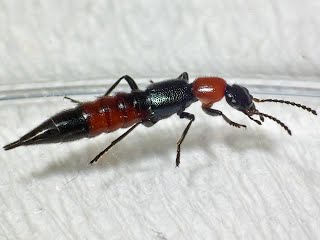 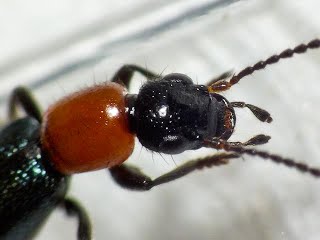 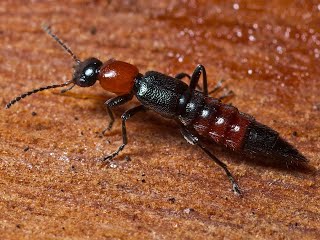 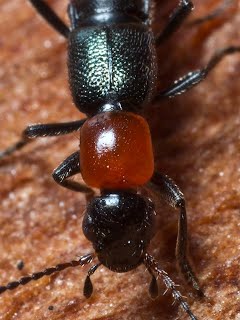