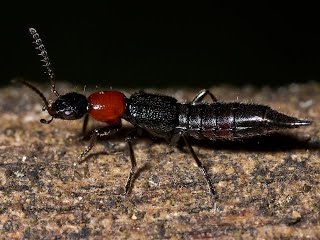 Paederus cruenticollis is widely distributed on the mainland. Of other described Australian mainland species, P. sparsus is most similar having robust antennae and similar colouring though differs by the eyes being much smaller and the elytra short and lacking developed shoulders (thus wingless). 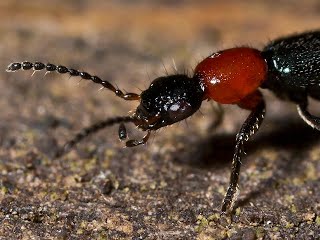 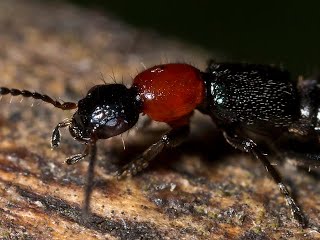 Late December 2016
Buckland
Attacking a larva on the edge of a dam. 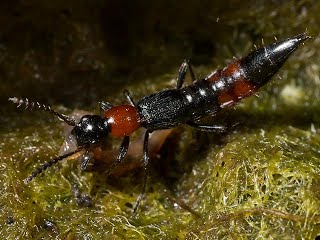 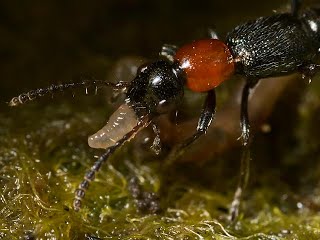 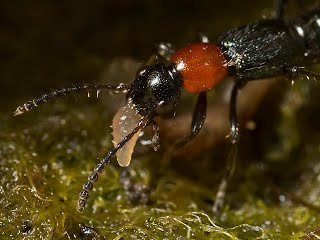 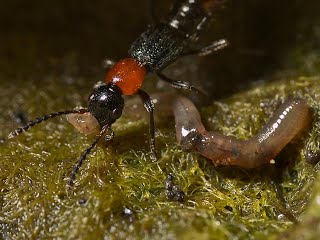 Late December 2016
Buckland
Unsure if this pair is fighting, or this is a case of mate guarding (ie a male is clinging onto a female to prevent other males from mating with her)? Found in close proximity to the above sighting. 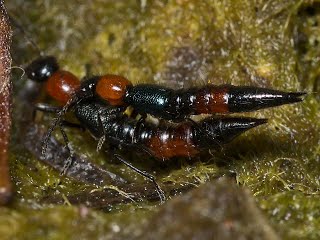 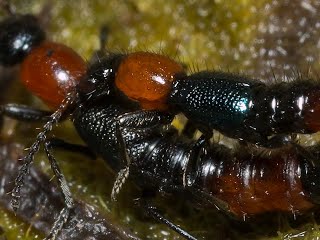 P. cf. cruenticollis (dubiously placed here for the reddish abdominal colour being restricted to the 4th and 5th abdominal segments – the antennae is not sighted so there is no confidence in species level
Mid November 2011
Knocklofty Reserve, Hobart
Genus identification thanks to Boris Büche.
They are very uncooperative models! 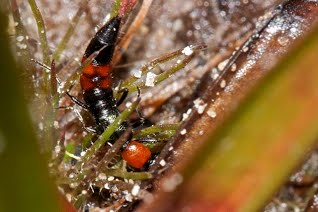 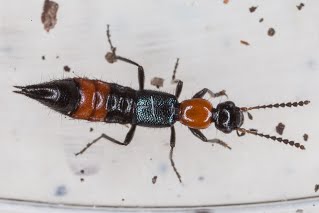 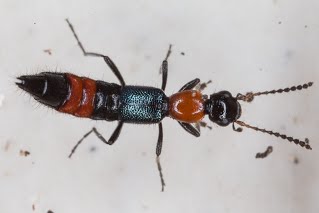