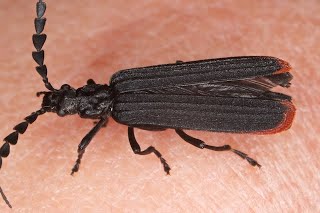 The typical form of this species has the elytra black with the tips red, this being a very good mimic of the Tasmanian form of Porrostoma rufipennis (Lycidae). However some can have the elytra entirely black, or with the raised elytra costae largely reddish but the interspaces blackish. The latter form is currently placed under subspecies P. haemorrhoidalis costipennis (see lower half of this page). 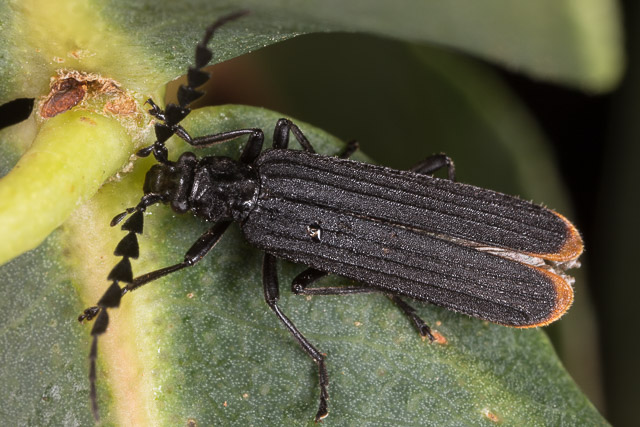 Early January 2011
Sisters Beach
Carrying a Pseudoscopion.  Pseudoscorpions feed on small organisms at ground level.  They can’t easily disperse, so they solve the problem by grabbing a flying insect and using them to hitchhike to a different location.  This is called phoresy.  They don’t harm the beetle, but they certainly annoy it! 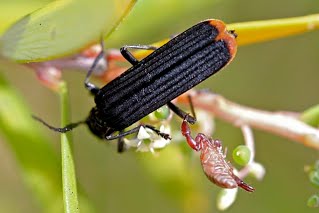 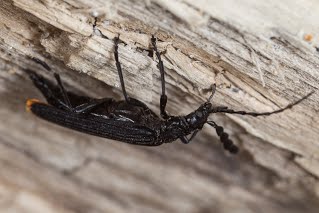 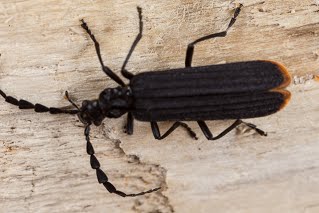 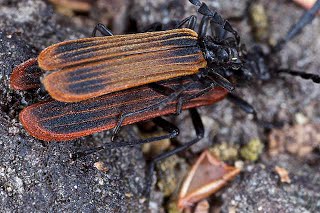 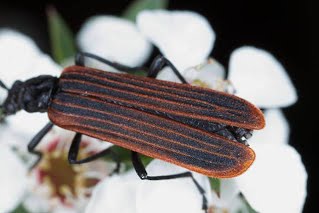 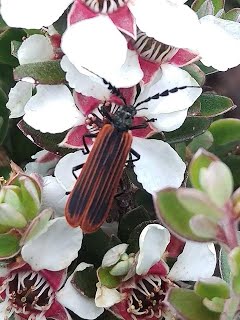 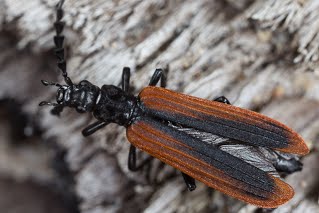