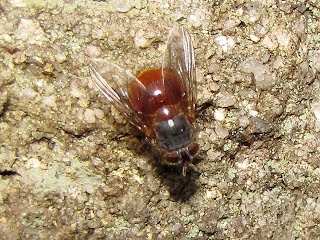 Calliphora nigrithorax is readily recognised by the combination of the densely yellow-haired eyes, the largely reddish-golden body that is contrasted dorsally by the slate grey scutum (area in front of the scutellum up to the neck). The abdomen lacks any shifting tessellate pattern formed from golden pollinosity, or dusting, that is found in species such as C. hilli and C. stygia. Calliphora nigrithorax was originally described as a “Tasmanian form” of C. ochracea, the Reddish-brown Blowfly. The latter species shares the same hairing of the eyes and reddish-golden body but differs by the scutum being densely yellowish dusted – the grey integument below is entirely obscured by this thick dusting giving it an apparent yellowish colour. Males of the two species also differ by the eyes virtually touching above (holoptic) in C. ochracea but are widely separated above (dichoptic) in C. nigrithorax. 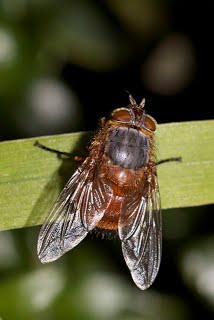 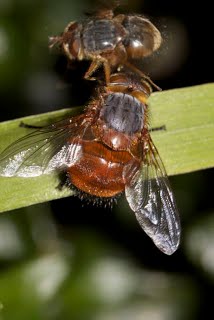 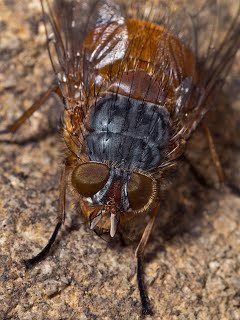 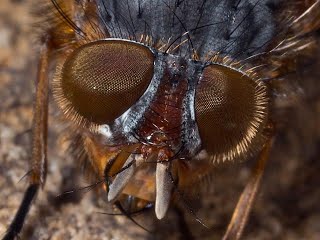 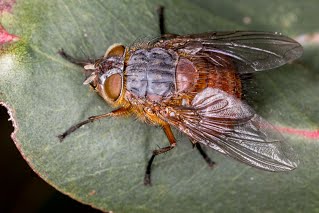 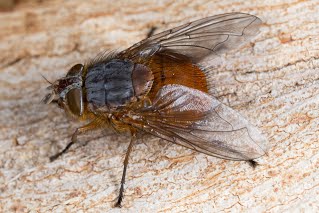 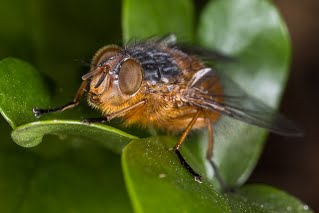 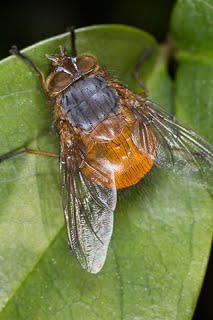 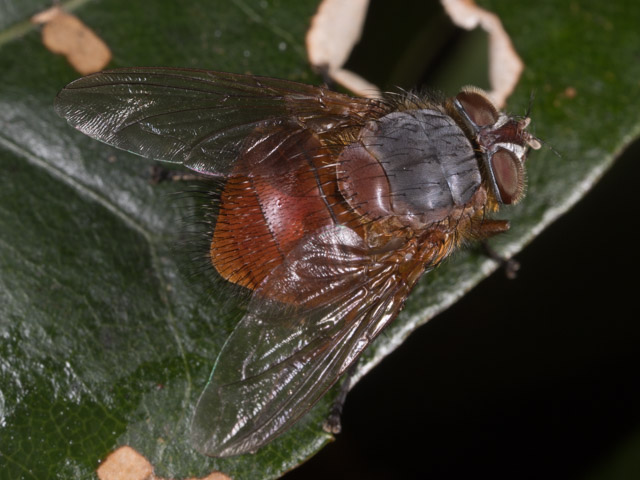