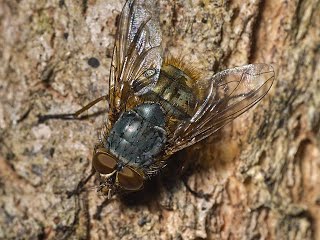 Golden Blowfly, Calliphora (Paracalliphora) hilli
Calliphora hilli is very similar to C. stygia though males can be distinguished by the lack of enlarged upper eye facets. Females of these two species are a bit harder to separate and in this respect the differing number of presutural acrostichal bristle pairs (ie medial pairs before the transverse thoracic suture) present for each species can be used – C. stygia have three presutural acrostichal bristle pairs where as C. hilli have two (click here for comparison). 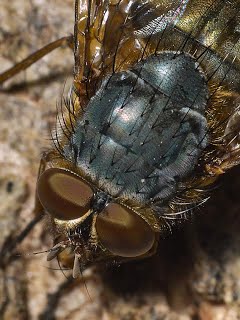 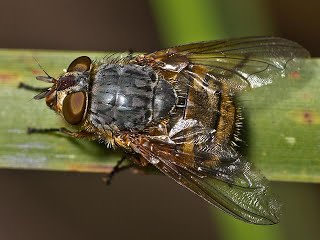 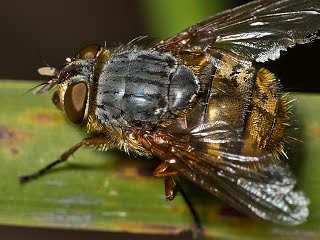 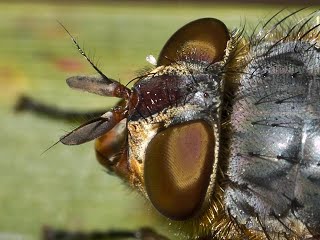 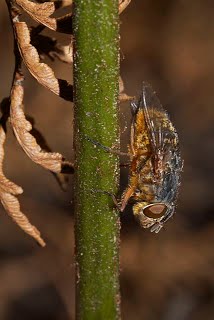 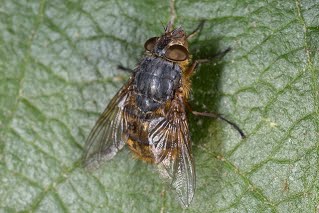