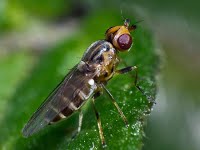 Adult chloropids are easily overlooked due to their tiny size – most fall within 2 to 4mm bodylength. The common name is derived from a European species, Oscinella frit, a pest of wheat. Wheat spoiled by the larvae were called “frits” by Swedish farmers at the time this species was described and named in 1758 by Carl Linnaeus.

All three Australian subfamilies are found in Tasmania. For Oscinellinae, Gaurax is the most speciose with 15 species, over half of which are endemic. Highest endemism in Chloropinae occurs in Chlorops. Currently only one species from Siphonellopsinae, Apotropina ornatipennis, officially occurs being found on the North and East coast of Tasmania, although we record the occurrence of other undescribed coastal and inland species in the respective section.

Larval biology is very diverse including stem boring, gall inquilines, predation and parasitism. Species of Gaurax (Oscinellinae) occuring in Tasmania have been reared from spider egg sacs, mantid oothecae, and sawfly cocoons. It is likely that many Chlorops species (Chloropinae) are grass stem borers – chloropids in this subfamily have earned the common name ‘grass flies’. Some Apotropina larvae (Siphonellopsinae) have been found in the burrows of ground digging hymenoptera where they are parasites, or hyperparasites, and one species from New Zealand has been reared from the nest of the Australian gannet (Morus serrator).

Adults are typically found resting on low vegetation. Some will feed at flowers. A few species from subfamily Oscinellinae are ‘free-loaders’ that specialise in stealing a free feed from the injured prey of invertebrate predators such as spiders, a behaviour more well known for Milichiidae – Oscinellinae genera recorded for free-loading includes Conioscinella and Gaurax. The ‘beach’ flies, Apotropina (Siphonellopsinae), are very active displaying flies that includes species that will also be found away from beaches, though environments typically with open sand and water.

Subfamily Chloropinae
Chloropinae have the wing costa vein end after R4+5, but well before M1+2. 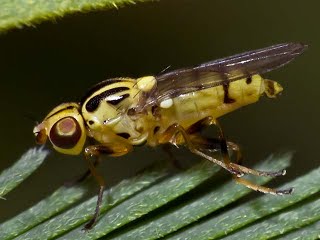 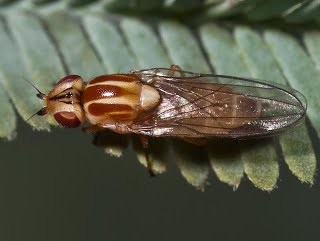 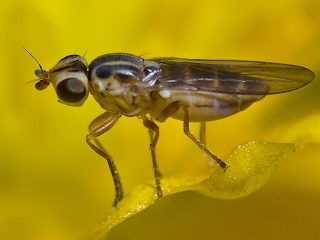 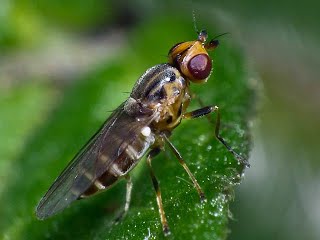 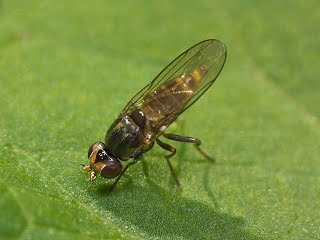 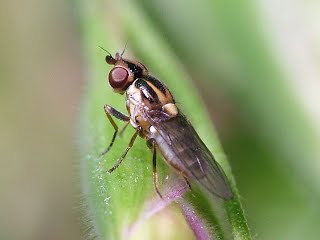 Subfamily Oscinellinae
Oscinellinae have the wing costa ending at M1+2. This is the same costal development as seen in Siphonellopsinae, however the subfamily differs from the latter by the lack of well formed humeral and dorsocentral bristles. 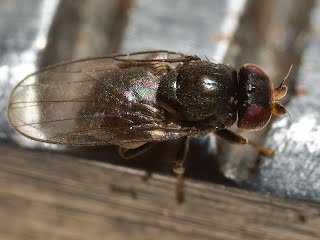 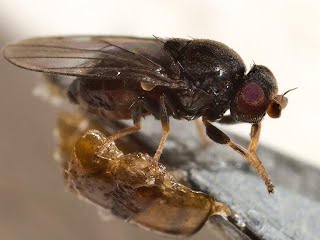 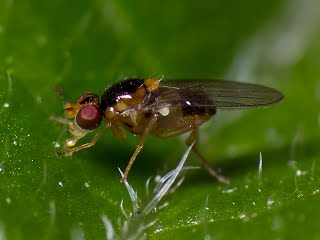 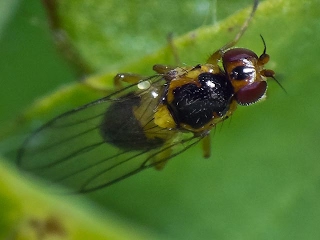 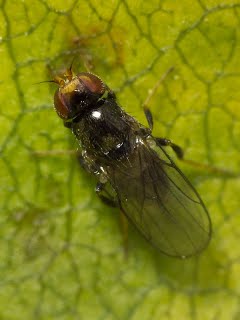 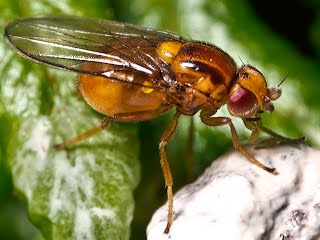 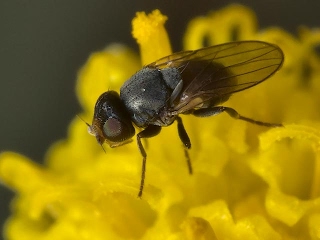 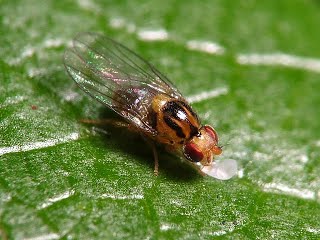 Subfamily Siphonellopsinae
Siphonellopsinae have the same wing costa development as Oscinellinae, ie ending at M1+2. Apotropina is the only Australian genus in this subfamily and can be distinguished from other genera here by the presence of two humeri bristles, with one incurved and the other curved backwards. They are also notable for the numerous pairs of strong dorsocentral bristles. 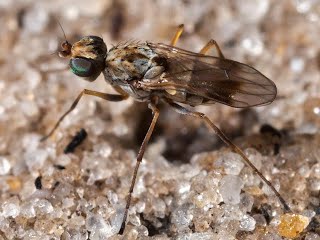 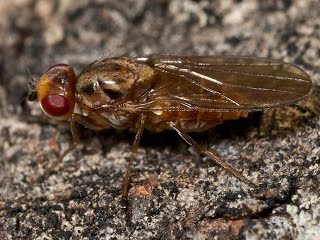 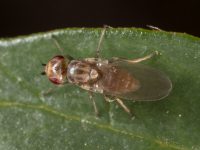 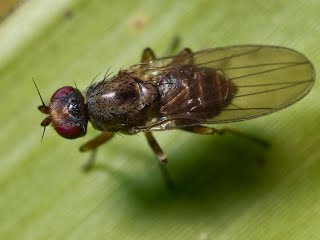 Hickman, V. V. 1971. The biology of Tasmanian Chloropidae (Diptera) whose larvae feed on spiders’ eggs. Journal of the Entomological Society of Australia (NSW) 7: 8-33.