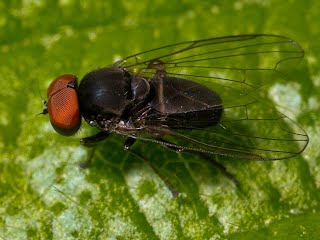 Both Linderomyia denticulata and L. fergusoni have the wing costa nearly straight as it approaches the end of vein Sc, and length of wing cell c (as measured from the humeral vein to Sc) is just less than length of cell sc. L. austraquila also occurs in Tasmania and is somewhat similar looking to these two species but has the wing costa noticeably arched as it approaches Sc (similar to L. flavipalpis) and cell c is slightly longer in length to cell sc.

Female L. denticulata are lighter than their male counterparts, the thorax is uniformly brownish grey dusted, and the abdomen more extensively marked dorsally with grey (sometimes bluish depending on angle) as follows: tergite 1 entirely excepting the base; tergite 2 laterally in the basal half; a lateral basal lunar mark on each side of tergite 3; a lateral narrow triangular mark on tergite 4; and entirely tergite 6. Female L. denticulata differ by the presence of vague thoracic vitta and the abdomen is more extensively marked dorsally greyish, and notably with dorsal greyish marks on tergite 5 (which is lacking in L. fergusoni). 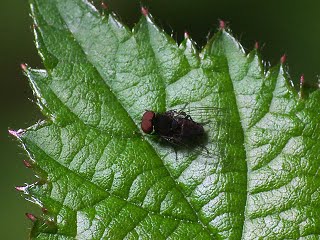 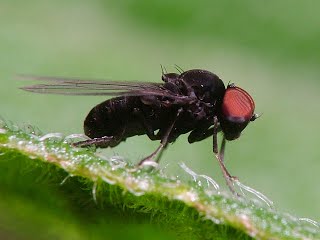 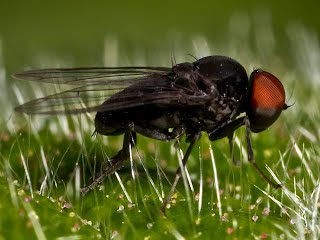 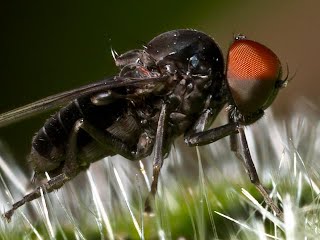 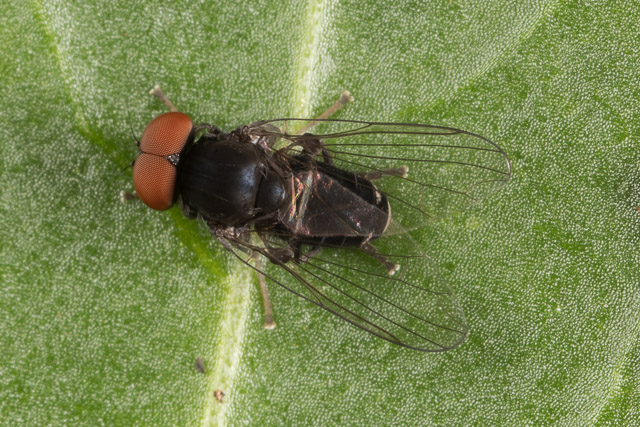