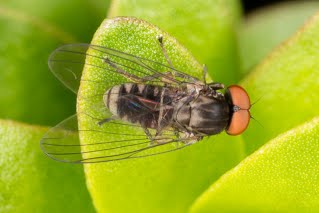 Lindneromyia flavipalpis, though not listed as occurring in Tasmania, is included here since the male photographed below, being unlike any of the listed Tasmanian species (those listed having largely blackish bodies), most resembles this species. This species is notable for the two basal segments of the antennae and the palps being yellow (in the female the base of the third antennal segment is also yellow). Both sexes have a brownish body, with lighter thoracic stripes and abdomen extensively marked pale (latter more so in females). The wing costa is slightly arched as it approaches vein Sc, and cell c length (as measured from the humeri to vein Sc) is just less than to just longer than cell sc. Wing length range 2.6-4.1mm. L. griseola, another mainland species with overlapping distribution to L. flavipalps, is most similar, sharing the same general look (excepting the costa is more straight in the basal half) – some main external differences are presented in the respective sex-based descriptions below.

Male Lindneromyia flavipalpis have the abdomen marked dorsally with grey as follows: tergite 1 thinly on the hind margin; tergites 2-4 with lateral narrow sub-triangular spots; and tergites 5-6 entirely except along foremargins. The abdomen is noticeably elongate when comparing to most other Lindneromyia spp. males. On the characters mentioned here, males of L. griseola differ by the abdomen being shorter, more robust, and tergite 2 lacking any lateral spots.

Female Lindneromyia flavipalpis have pale markings on the body more lighter greyish generally than in conspecific males, resulting in more contrasting markings. The humeri (thoracic shoulders) are grey dusted. The abdomen is almost entirely grey dusted dorsally with the dark areas there being restricted to a thin line medially and on the very hindmargins of tergites 2-4 (most obvious on tergite 2). Female L. griseola differ in the humeri being yellowish dusted, and the dark medial line of the abdomen slightly encroaching onto tergite 5 (the latter never the case in female L. flavipalps). 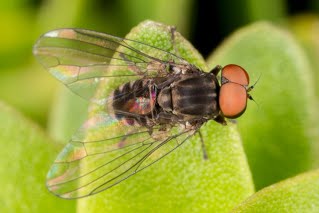 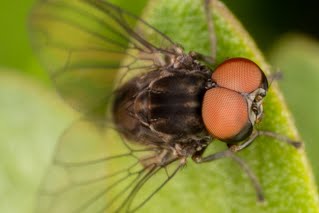 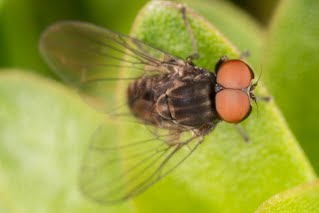 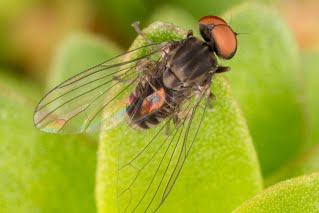 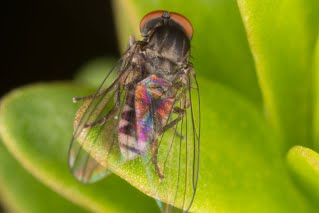