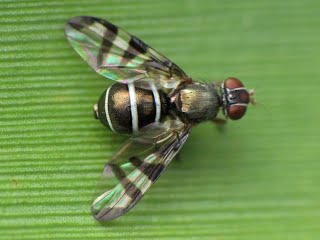 The Rivellia here have wings with a basal-subbasal mark, the two cross vein bands are strong, and the apical mark elongate, reaching the M vein. The femora and tibiae are largely yellowish, the former somewhat browned medially. These flies most resemble R. virgo but differ principally in the basal-subbasal mark not entering the discal cell, but instead ending at the bifurcation of R2+3 and R4+5, and by the band over the outer cross vein connected above to the apical mark. 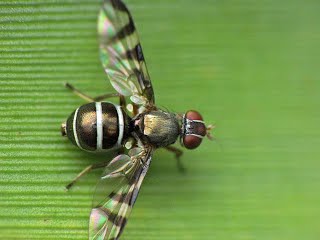 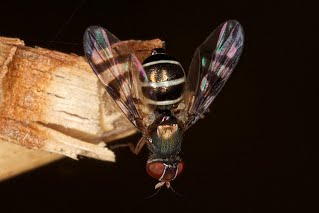 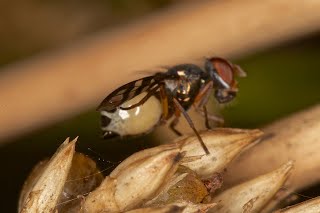