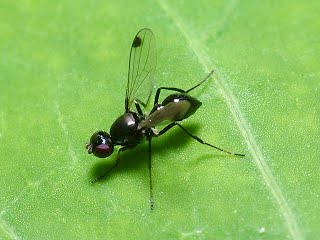 Parapalaeosepsis plebeia – a characteristic species by the position, shape and size of the wing spot being unlike any other Australian species. This is the most common sepsid species across Australia, and the only species found in Tasmania. 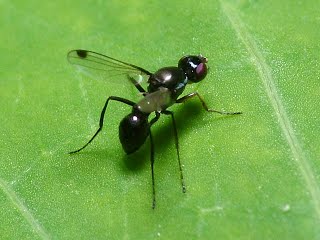 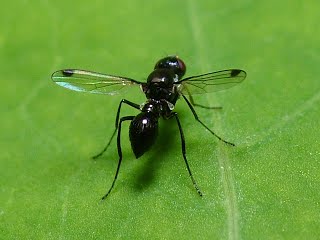 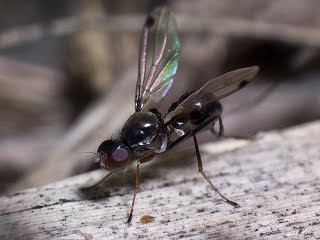 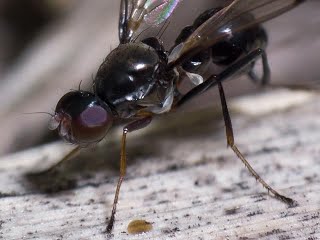 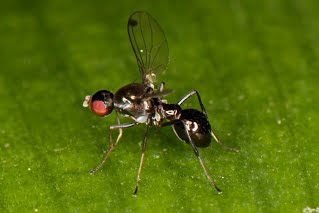 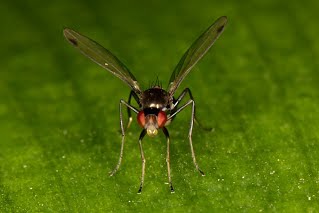 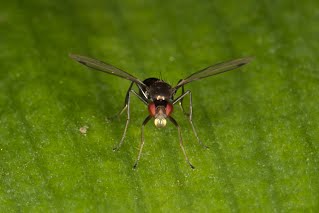 Late October 2009
Hobart
Typical male sepsid pre-mating guarding behaviour. The male has foreleg modifications that allow a clamped grip over the female’s wing bases. She will try to buck the unwanted guard for several minutes (over 20 minutes has been observed in another species). If he manages to stay the ride, he will usually be allowed to mate with her.

Early May 2015
Knocklofty Reserve, Hobart
Interacting with an ant. 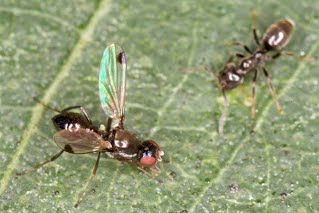