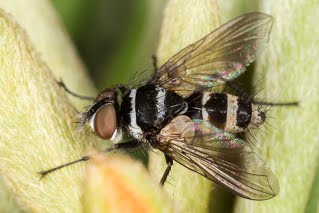 Trigonospila brevifacies – this species differs from the species in the cingulata group by the the mesonotal anterior pale band being lost in the more extensive pollinose dusting on the sides of the thorax, the humeri (shoulders) similarly coloured to the pale band behind them, the scutellum often tipped with pale pollinosity, and the abdomen is extensively lighter brown at the sides. This species is largely misidentified in Australia, the bulk of these belonging in the cingulata group – for true T. brevifacies see sightings from New Zealand where only that species occurs, being deliberately introduced from Tasmania. 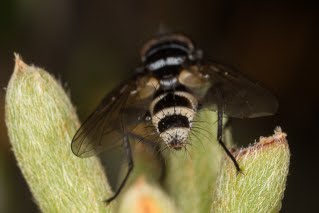