The genus Humorolethalis was recently raised for the single clear-winged species of Daptolestes, D. sergius. The ‘lethalis’ part refers to the similarity of colour and pattern of the thoracic scutum of this species to Deadpool’s mask, and thus earning the species the name Deadpool Fly. 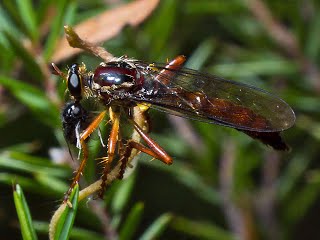 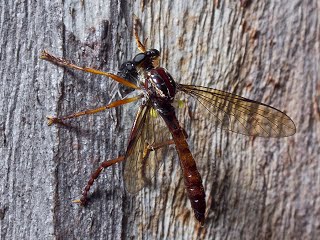 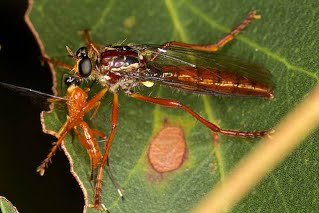 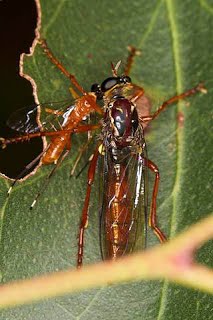 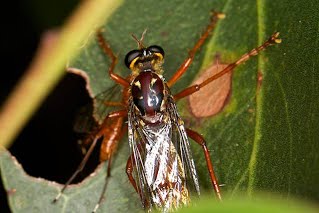