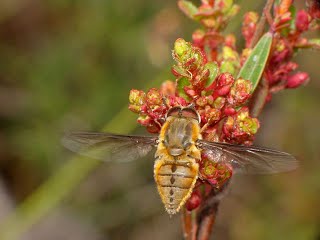 Trichophthalma cf. punctata – males have the eyes narrowed in front of the ocelli and virtually touching for a short distance, the eyes here remain separated but narrowly so in females. Males are variable, especially with regard to colour, resulting in four forms described. Females are general more constantly drab. This is the only species recorded for Tasmania. 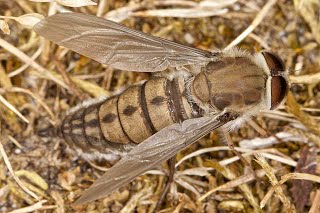 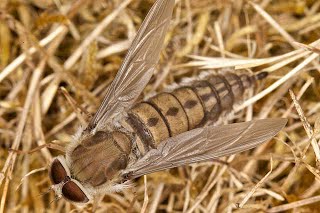 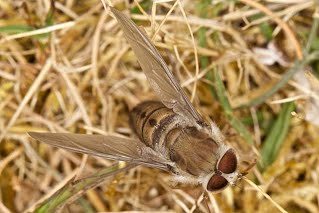 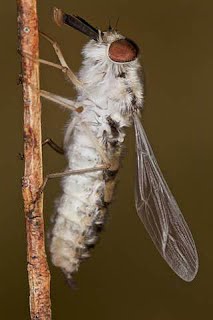 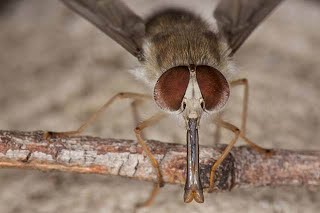 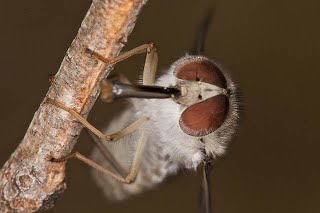 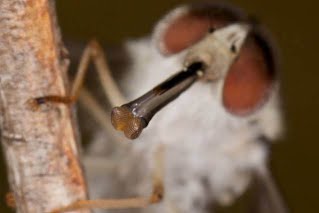 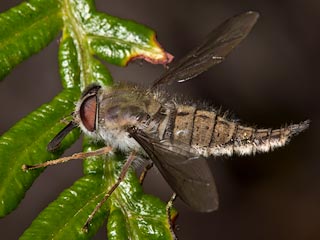 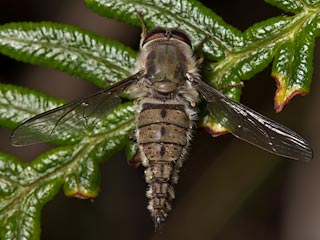 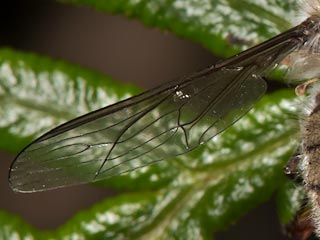 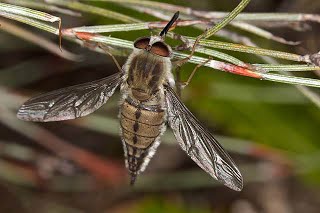