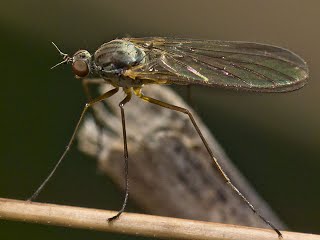 These emipidids are placed here temporarily, and likely in error once these are described, or re-described, and concensus is largely agreed on their classification. White (1916) described the only Tasmanian species historically referable to this group, ‘Tenontomyia‘ gracilipes. This species shares much with those below, especially the short, thick, proboscis bearing long hairs, the long, bare legs, and the wing venation (note the R4 branch connecting R2+3), along with the combination of laterotergite bristled and wing veins R1 and R4+5 bristled above and R2+3 bristled below – the latter combination caused Smith (1962) to sink this species into Oreogeton, though it appears this synonymy is no longer accepted. The wing costa ends abruptly immediately after R4+5, which also agrees with White’s figure of the wing in his original description. White’s T. gracilipes have both females and males with eyes separated. Those below with holoptic (ie touching) eyes appear to be males, and apart from the larger head share similar external features with those with separated eyes. Bodylengths are around 5.5mm. 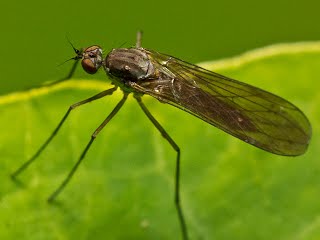 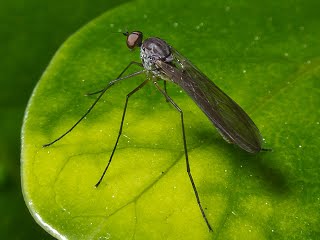 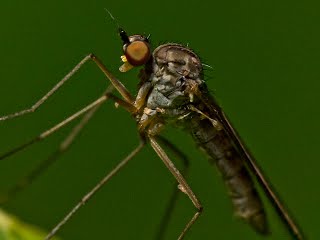 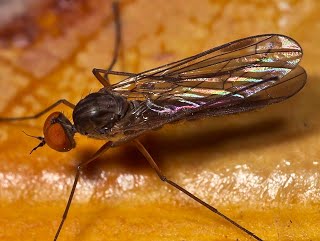 Australasian/Oceanian Diptera Catalog 2007. Family Oreogetonidae [included as a subfamily in Empididae in the original A/O Catalog]. In: Evenhuis, NL (ed.), Catalog of the Diptera of the Australasian and Oceanian Regions. (online version). Available at: http://hbs.bishopmuseum.org/aocat/oreogetonidae.html. Last accessed: 7 February 2012.

White, A. 1916. The Diptera-Brachycera of Tasmania. Part III. Families Asilidae, Bombylidae, Empidae, Dolichopodidae, & Phoridae. Papers and Proceedings of the Royal Society of Tasmania 1916: 148-266.