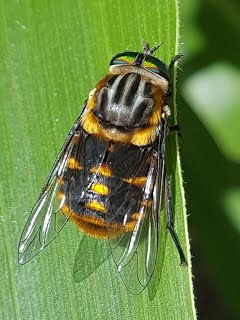 Scaptia auriflua and S. patula share the following: blackish antennae, palpi and legs; thorax with near complete lateral dense fringe of creamy to gold hairs running from behind the shoulders, connected behind by similar scutellar hairing, though sometimes thinner; scutum strongly vittate (obscured by hairing in some males); and generally a strong abdominal pattern formed from white to gold hairing. The two species have overlapping Tasmanian and Australian mainland distributions.

Northern Forms (Australian mainland)
On the mainland, typical northern forms allows males and females of both species to be easily separated by the abdominal pattern of silky hairing on the first four visible tergites. For S. ariflua this is restricted largely to the sides, at most forming an outward triangle, typically on the first two tergites, leaving at least tergites two to four with discrete medial patches, whereas S. patula has complete bands on all tergites, leaving no medial patches isolated. The stable colouring of pattern-forming silky hairing for these northern forms are as follows: S. auriflua with scutal fringe gold, and abdominal tergites one to four brilliant white, contrasted by gold hairing for the remaining tergites; for S. patula the scutal fringe and pale hairing on abdominal tergites one to four cream to yellowish, with remaining tergites less contrasting goldenish. Northern forms of both species are not known to occur in Tasmania.

Southern Forms (Tasmania and Australian mainland)
Southern forms of Scaptia auriflua and S. patula, and intermediates, are found both in Tasmania and southern mainland. Males of S. patula can show reduced banding on the first four visible tergites, but at least one or more will have completed banding. However female southern forms of S. patula loose the banding on these tergites, thus leaving isolated medial patches similar to those in S. auriflua. Further, southern forms of both species overlap in the colour of both the scutal fringe and abdominal pattern-forming hairing, often tending towards rich gold, thus leaving southern forms of the females of S. auriflua and S. patula impossible to confidently separate unless associated with a male.

Scaptia patula is the most commenest Scaptia species (Mackerras 1960) but the name auriflua has been incorrectly applied historically in the literature and probably also to many specimens in collections to southern forms of S. patula leaving that species greatly underrecorded. 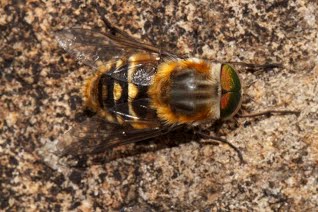 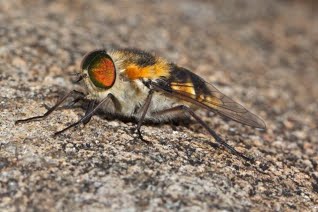 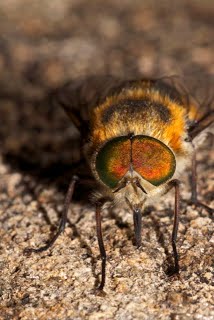 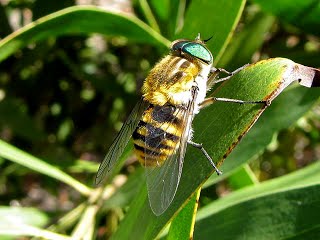 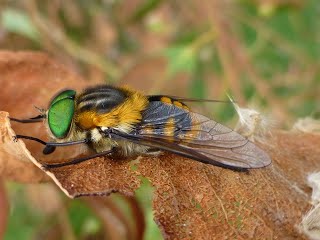 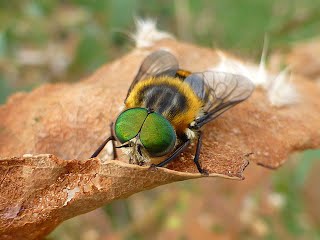