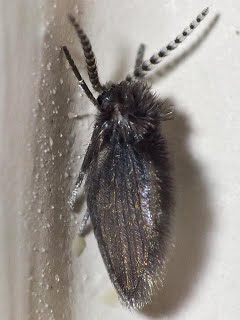 The penicillata complex contains a number of very similar looking Psychodini moth flies that are smallish (winglength around 2mm), uniformly greyish-brown to ochraceous-brown and typically hold their wings very close together around the abdomen. The wing venation has both forks fully developed and the last three diminutive antennal segments are not fused but instead bead-like. Species from both Psychoda and Psychodocha are included. Outwardly the females in this complex are largely indistinguishable. However most of the males have species-specific modified basal wing areas adorned with scales underneath or a costal flap reflected underneath with a tuft of flattened hairs. 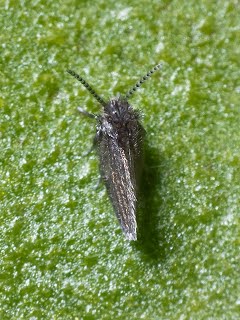 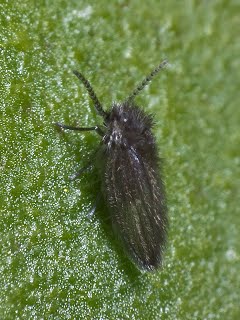