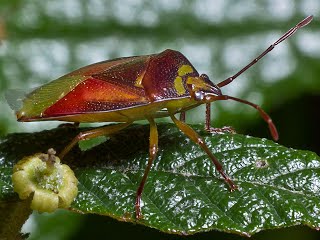 Species of Stauralia are semi-ovate, with the hind angles of the pronotum not distinctly produced laterally. Dark punctures are present on the body dorsally, though generally lacking on the head. The head is notably wrinkled transversely and sub-triangular in shape due to the rather straight lateral margins of the paraclypei (cheeks in front of eyes). The scutellum is triangular, nearly equilateral, and with only a small pointed apical extension. The antennae are 5-segmented, with the first segment clearly surpassing the front of the head, and the last two segments slightly thickened.

Stauralia lacks a modern revision. The two currently accepted species, S. chloracantha and S. compuncta, were described by different overseas workers over a century ago and the distinctions between the two based on these descriptions are unsatisfactory. S. chlorocantha described as largely greenish above with the head, antennae, and “anterior portion” (basal portion) of the pronotum reddish. S. compuncta is similar but with the reddish colour of the head restricted to the margins and the reddish colour elsewhere dorsally variously more extensive including the anterior portion of the scutellum to entirely, parts of the corium to entirely, and the basal portion of the pronotum to entirely except for a pair of greenish spots in front (over the pronotum calli). 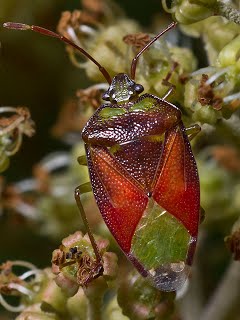 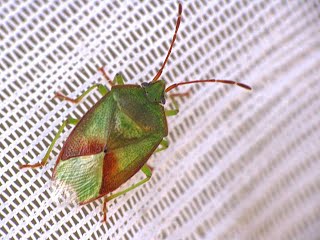 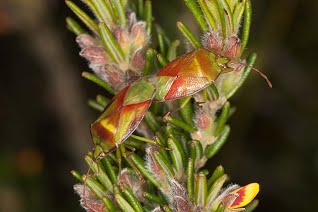 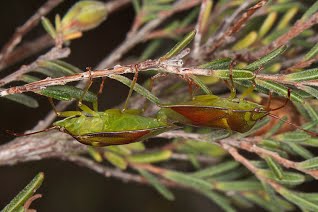 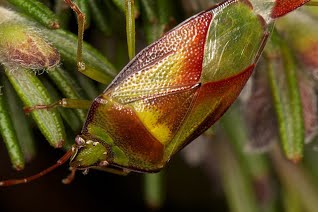 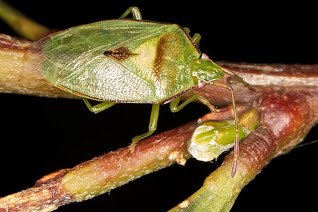 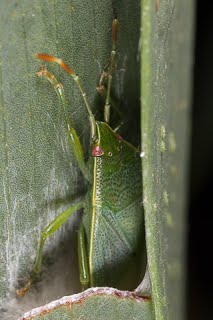 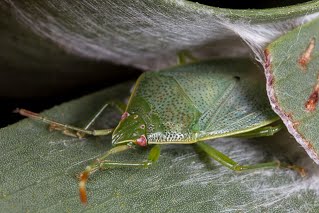 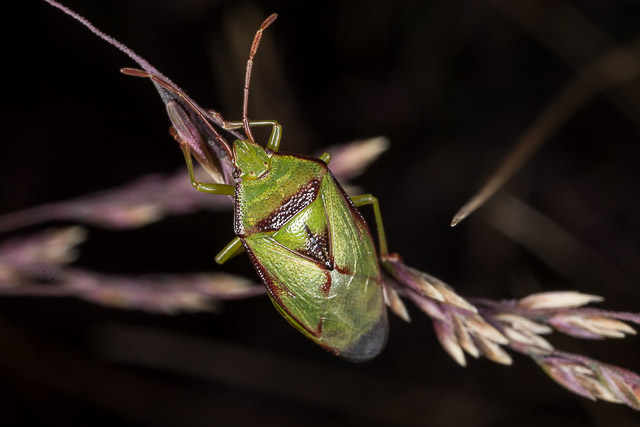 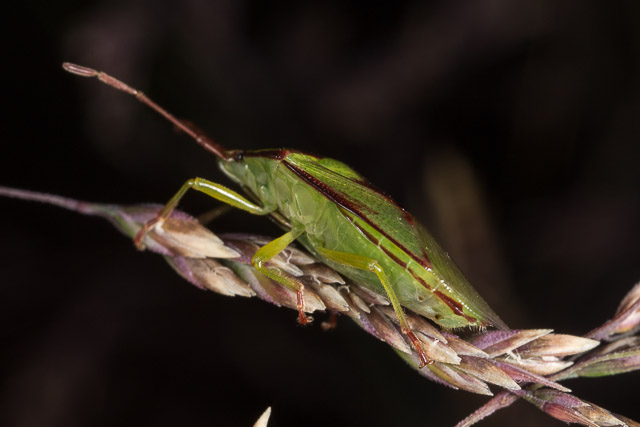