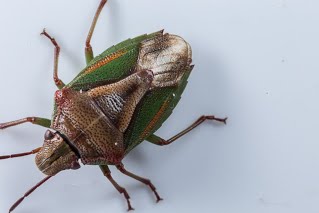 Previously we have placed the bugs on this page under Diaphyta fulvescens based on colour, being greenish with yellow and reddish markings and antennae largely dark reddish, body shape elongate, head dorsally strongly punctate over most of the surface, and known distribution. Gross (1976) described this species as the most common Diaphyta and easily recognisable by shape and colour. However Wongun Kim (via iNaturalist) has correctly pointed out that the ventral margin of the male pygophore, as pictured below, is shaped as described and figured in the literature for D. rosea, being strongly sinuate and not like any of the other Diaphyta species (Bergroth 1912, McDonald 2001). In considering applying the name rosea, we have come unstuck with the greater description of that species.

Bergroth’s (1912) original description of Diaphyta rosea, from a male, includes the sinuate pygophore but differs from the bugs seen on this page by the antennae testaceous with the last two segments noticeably darkened, the body obovate, being similar in shape to Cuspicona, and the head punctures largely restricted to the front half of the juga (‘cheeks’), with only a curved row of fine punctures located close to each ocellus. The specific identity of the bugs here thus remains uncertain. 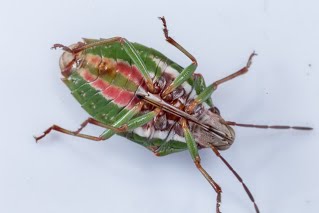 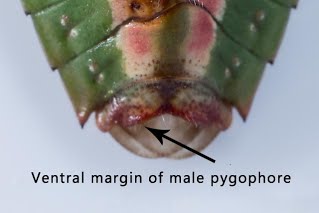 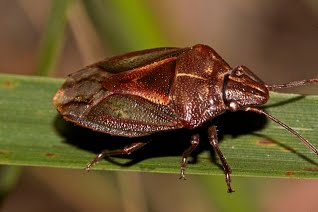 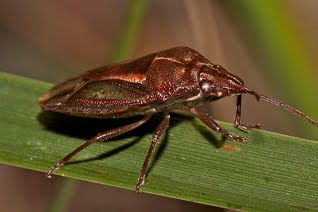 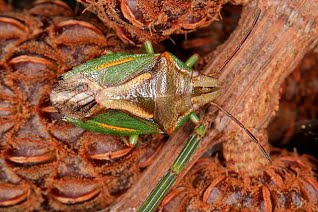 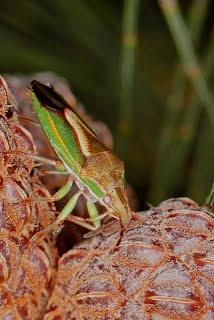 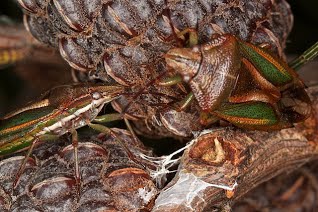 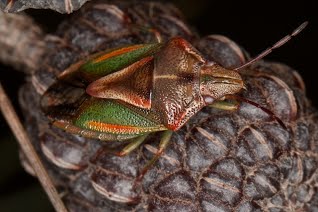 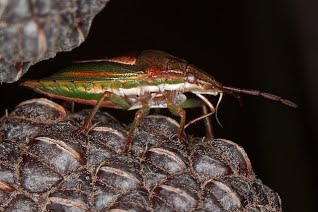 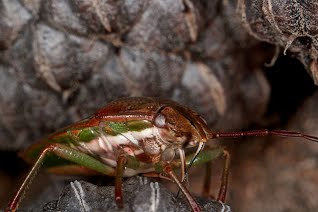 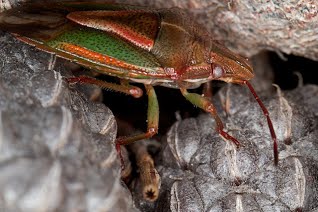 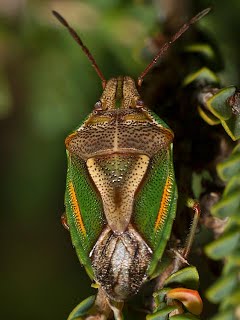 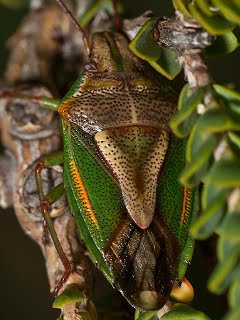 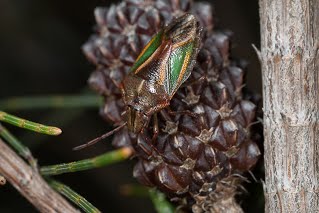 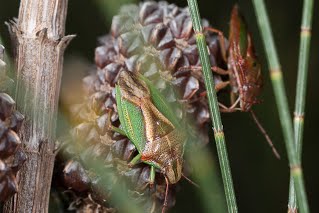 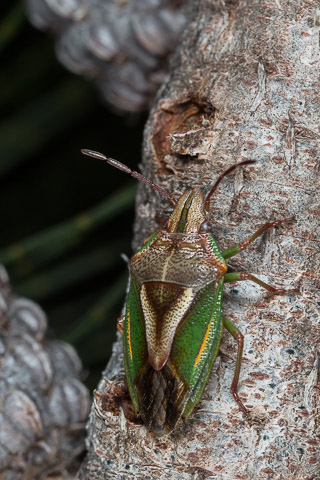 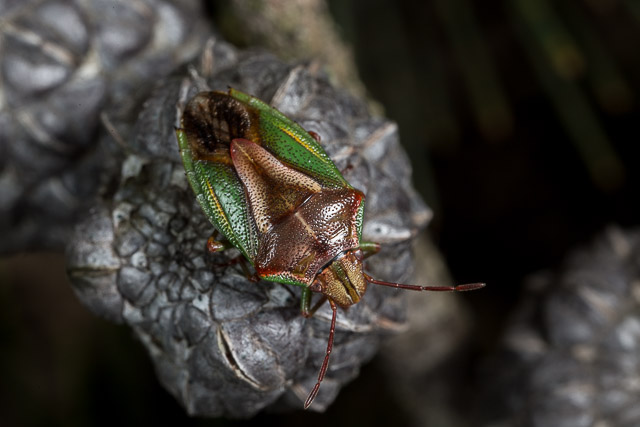 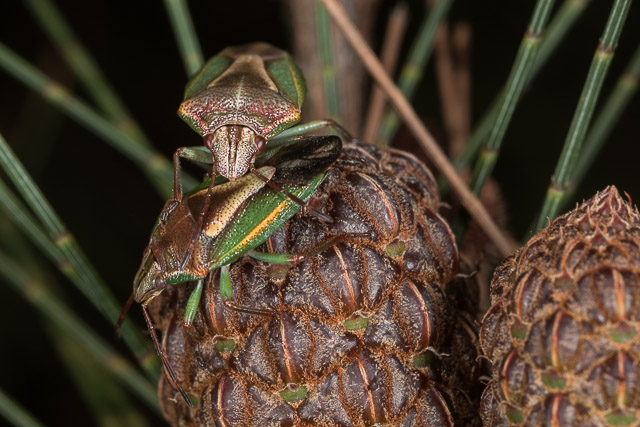