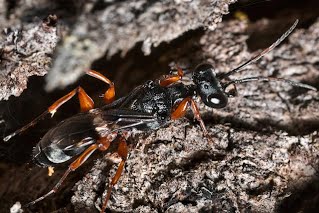 These wasps are parasites of cockroaches.

Late February 2016
Knocklofty Reserve, Hobart
The wasp was moving very rapidly along a fallen tree. It rarely paused for long enough to focus.   It appeared to be collecting sawdust from one section to put in a hole.  Its movement and general appearance was very Myrmecia-ant like. 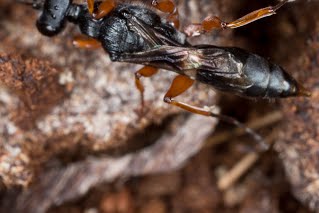 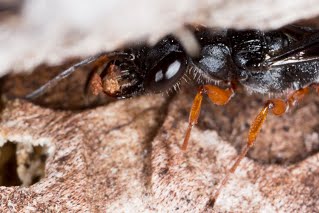 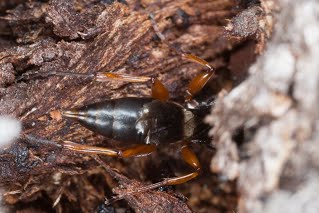 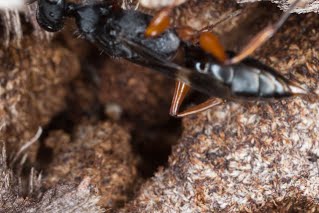 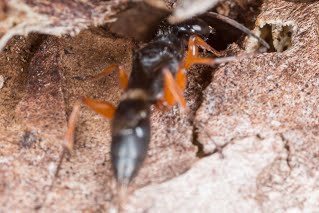 The same wasp a few days later, filling a different hole with sawdust and debris. 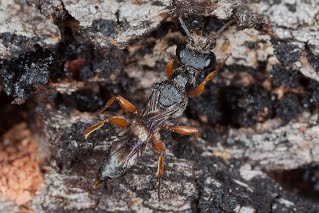 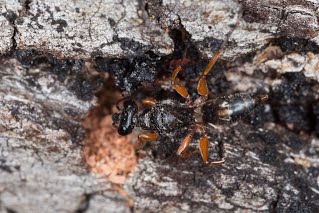 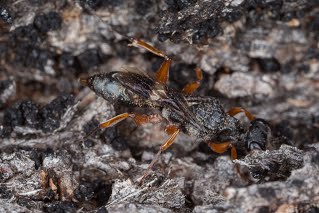 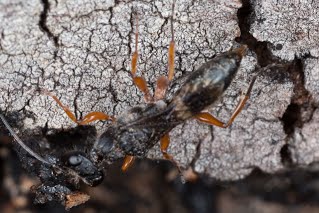 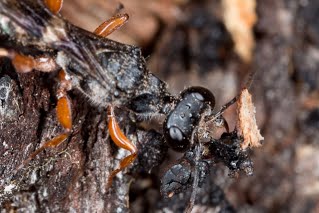 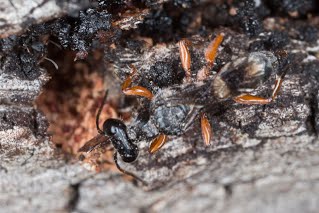 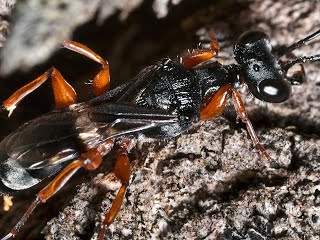