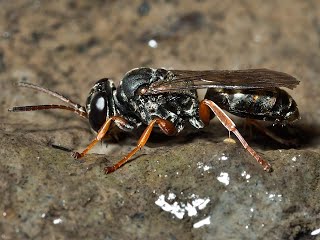 Pison rufipes has nearly entirely red legs, excepting the coxae and anterior femora. The posterior ocelli are closer to each other than to the anterior ocellus. Fore wings with three submarginal cells. Body length around 6mm. 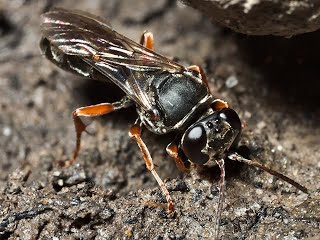 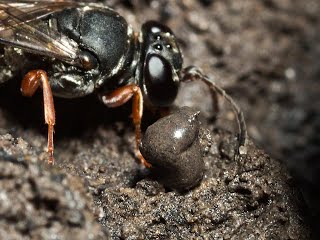 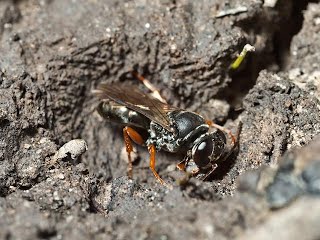 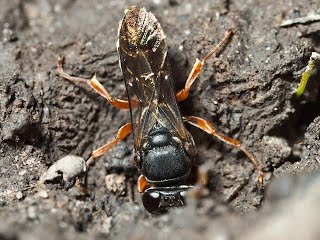 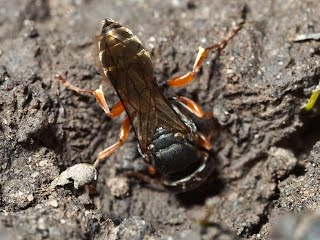