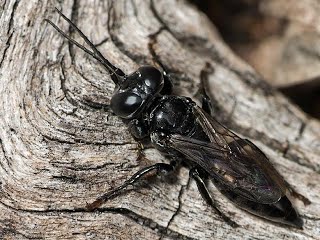 Tachysphex : eyes converging above but not emarginate (ie notched) on inner margins; and upper pair of ocelli are modified (ie not fully developed and perfectly rounded) being scare-like and oval. For Tasmania, Tachytes is similar but on those characters the modified ocelli are more elongate and comma-like. Australian and New Zealand prey records for this genus only includes cockroaches, which appears to be unique among the crabronids. 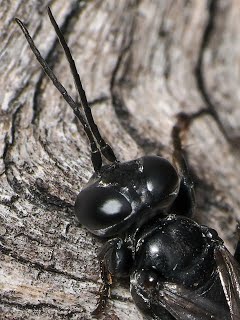 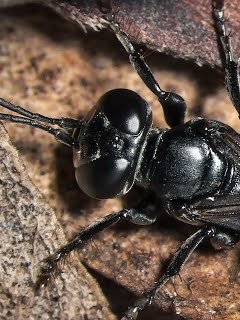 Carrying a paralysed native cockroach back to its burrow. 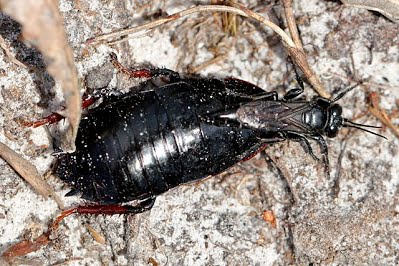 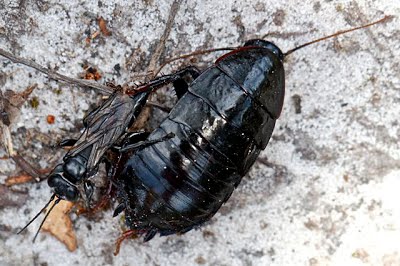 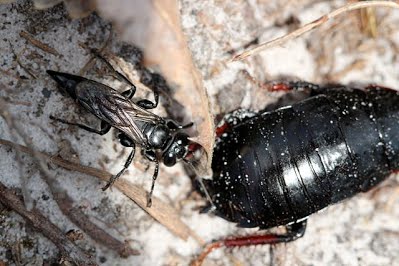 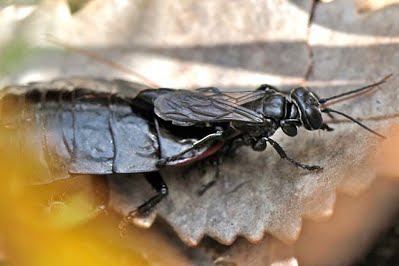 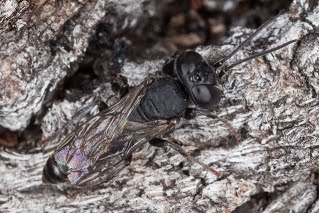 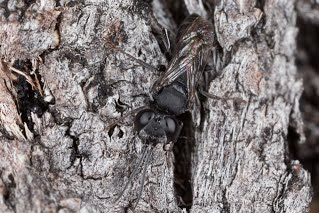 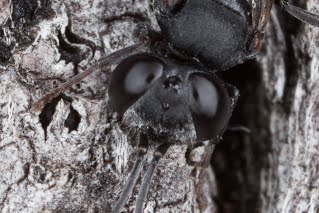 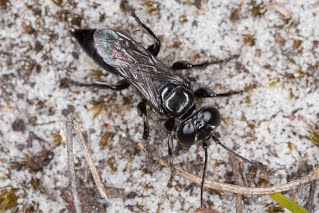 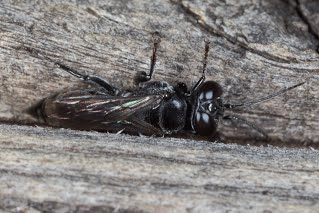 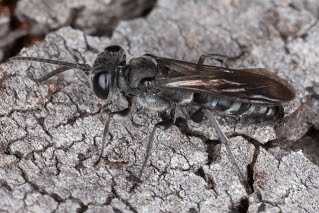 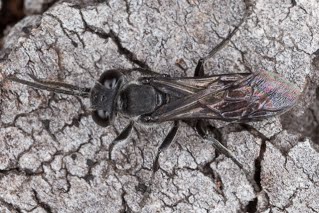 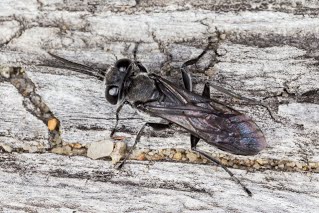