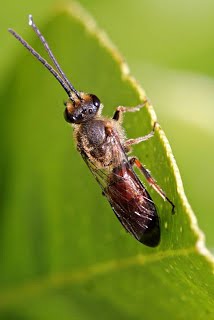 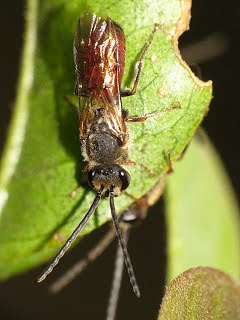 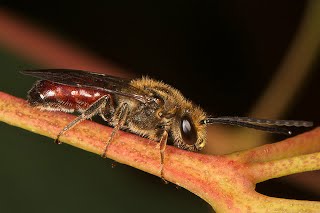 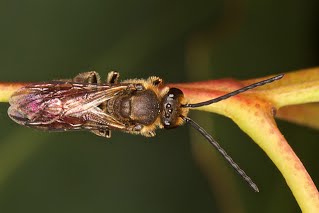 #4. Lasioglossum (Parasphecodes) sp.
Left: Mid January 2009, Right: Early April 2010
Ulverstone
A resting aggregation of male bees.  They collect together during the late afternoon.  The females are likely to be in burrows. Identification and information thanks to Bernhard Jacobi 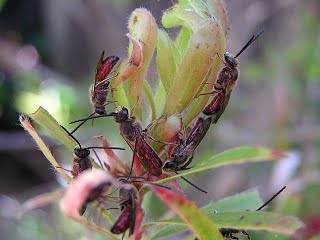 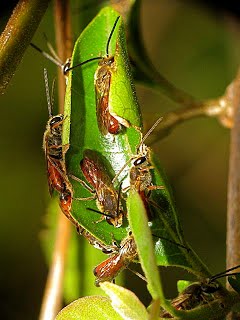 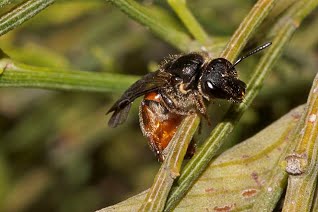 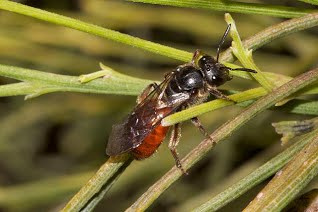 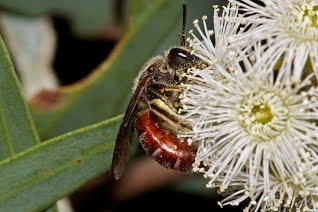 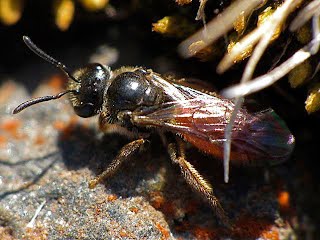 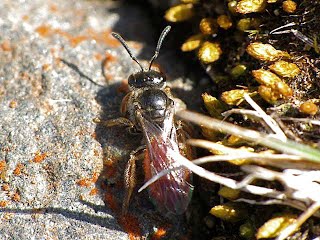 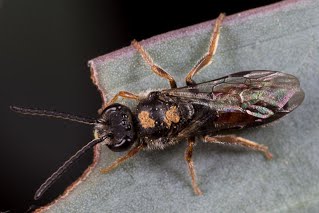 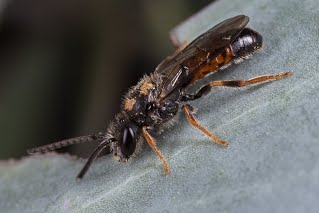 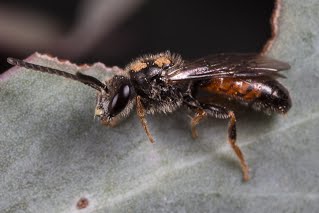 #9 Late October 2020
Knocklofty Reserve, Hobart/nipaluna
Identification thanks to Bernhard Jacobi and John Ascher This bee was laden with pollen, and I found it sitting on a leaf. I held the leaf to keep it steady, but the bee decided to take the opportunity to walk up my hand – not easy for taking photos with a heavy camera. 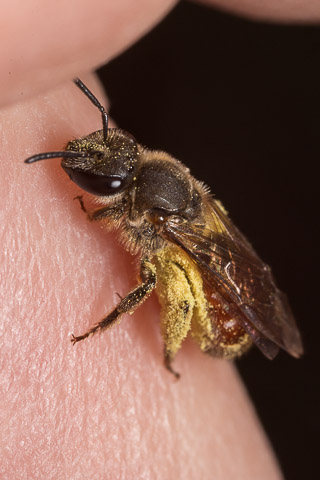 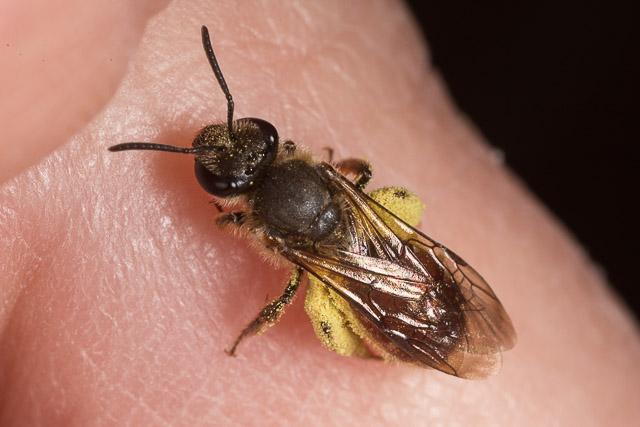 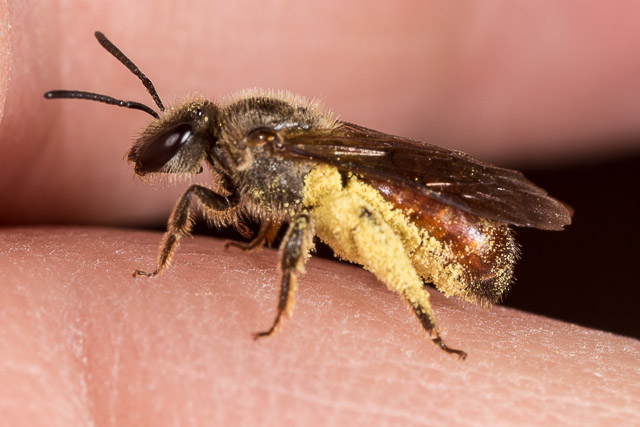 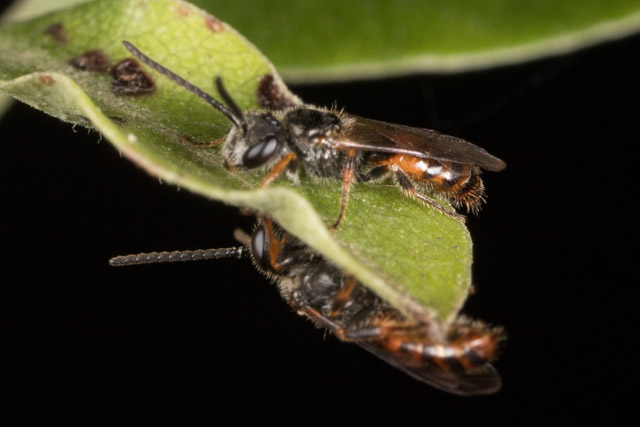 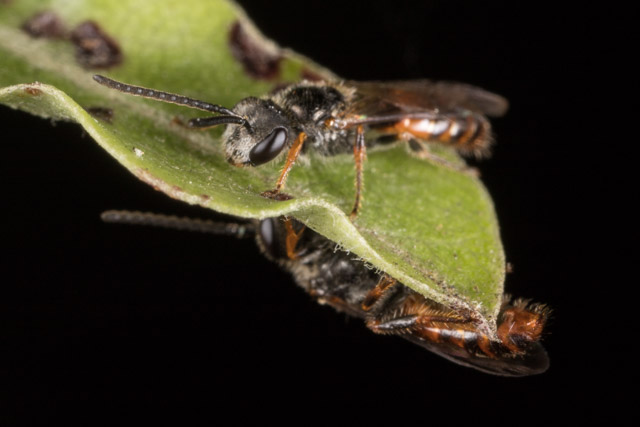 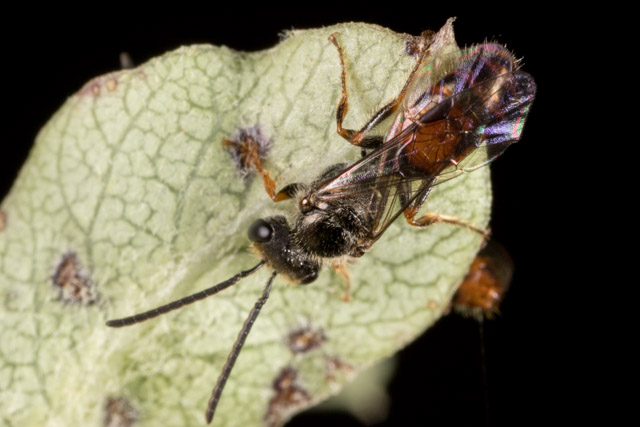 The bee was stuck in a puddle, then fished out to dry. Abundant active burrows were on the roadside. 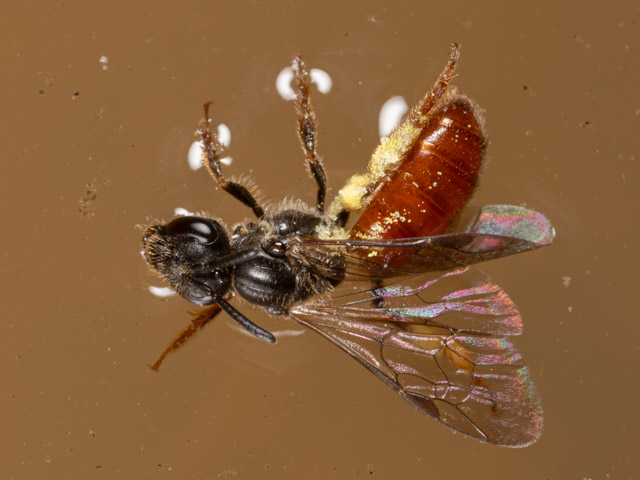 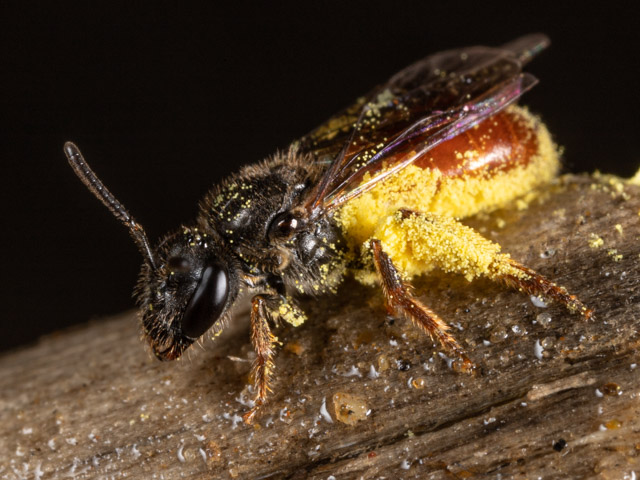 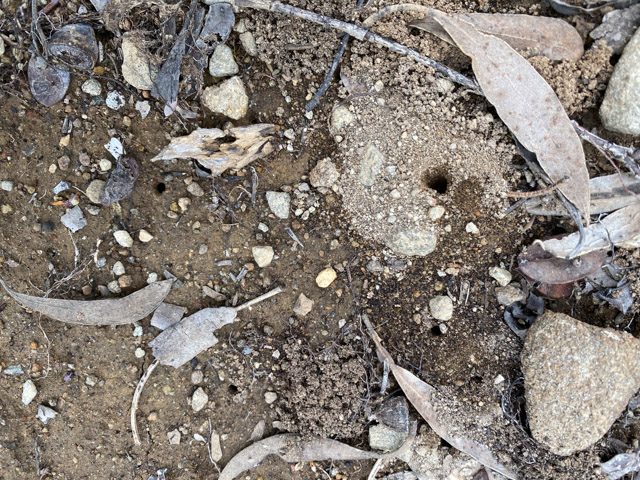 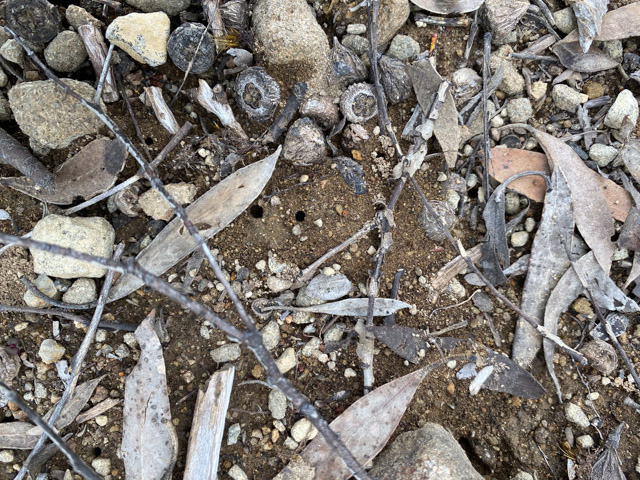 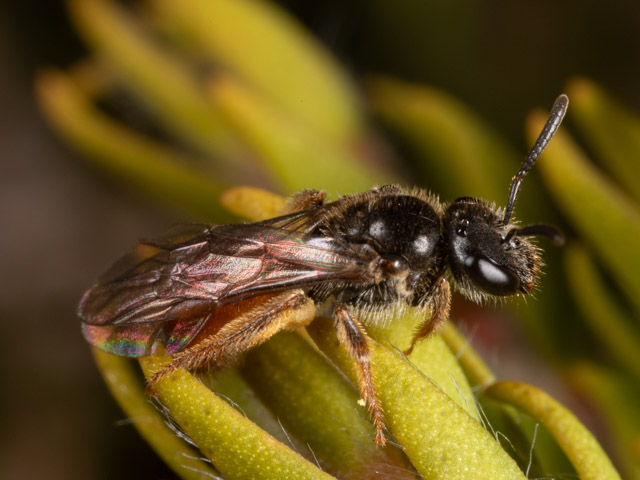 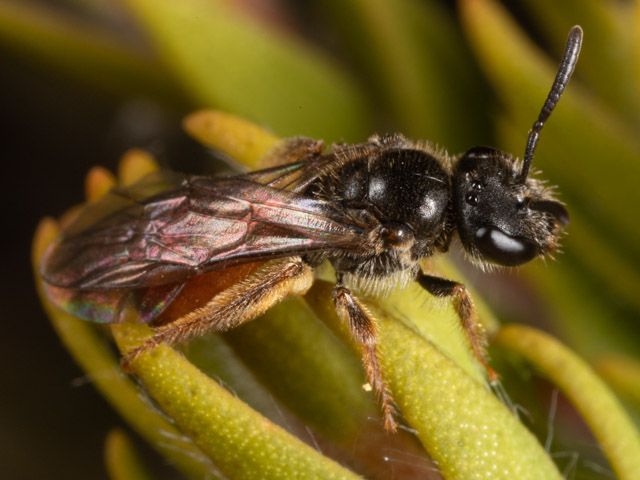 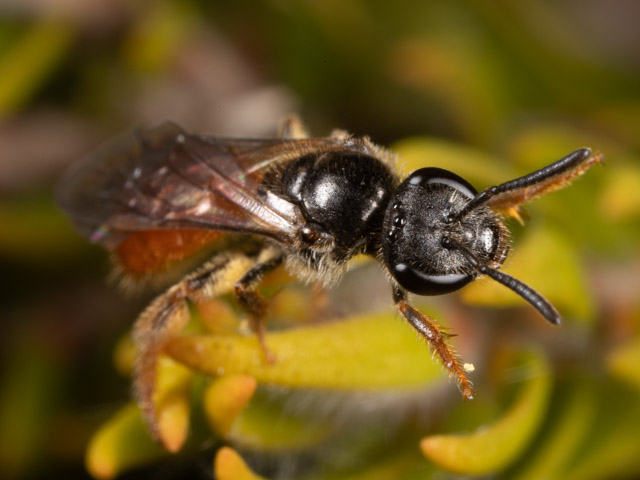 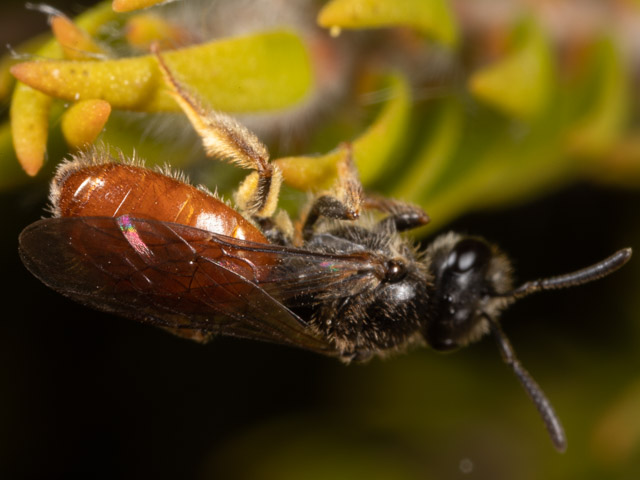