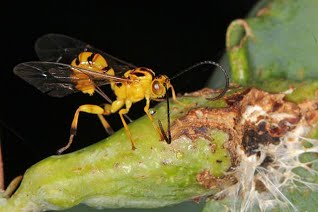 In colouration and markings Poecilocryptus galliphagus is most similar to Poecilocryptus nigromaculatus but can be distinguished from that species by the presence of an apical black ring on the hind tibiae. Poecilocryptus nigripectus is similarly coloured but the black markings on the body largely differ to the two aformentioned species and also has antennae marked with a yellow subapical pale band. 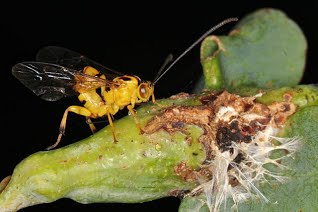 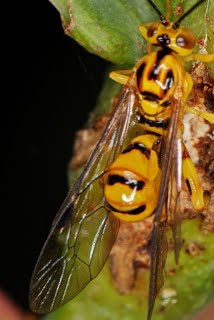