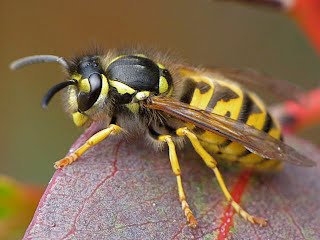 The German (Vespula germanica) wasp was the first arrival in Tasmania.  It was reported in Hobart in 1959.  The English wasp (Vespula vulgaris ) was not introduced until 1995.  The English and German wasps are difficult to tell apart.  These wasps are social insects and form nests in hollows or underground.  The nest is started in spring, and can become large as the warm months progress.  Wasps collect sweet and protein foods which they feed to their larvae.  If disturbed, wasps will defend themselves and their nests aggressively, and unlike bees, can sting repeatedly.   All Tasmanians are familiar with warnings not to drink straight from a soft-drink can in case they swallow a wasp that has decided to explore inside.  These wasps are frequent, and often persistent visitors to barbecues, particularly in autumn.

Reliable characters when separating V. vulgaris and V. germanica are the black line running upwards from the base of the antenna – broad in thickness in vulgaris, narrowed medially in germanica; the yellow marks on the top-sides of the thorax – narrow and parallel-sided in vulgaris, broadened medially forming a shallow triangular shape and often with a ragged edge in germanica; the inside edge of the mandibles are straight in vulgaris, slightly curved in germanica. ( Information thanks to Alan Philips) 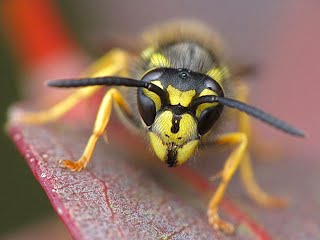 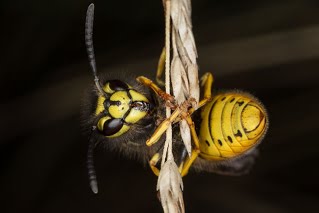 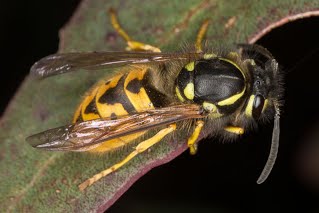 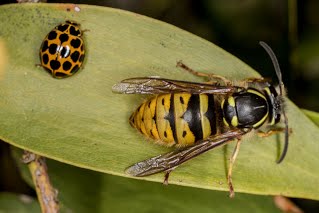 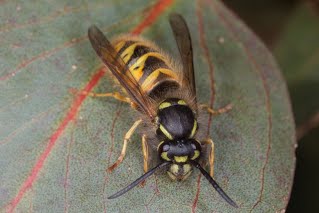 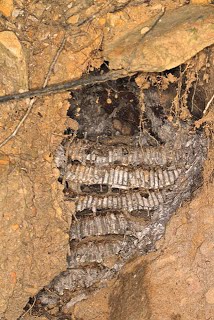 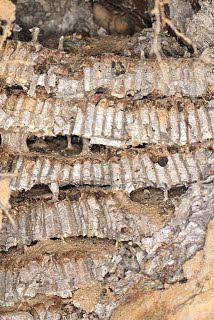 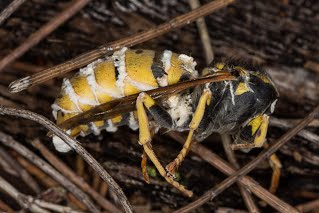