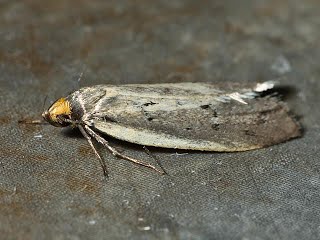 Philobota atmobola has a light yellow head and ash-grey forewings with a broad yellowish-white streak on the costa that runs 3/4 on the length, and around 6 dark dots on the disc. This form, as originally described by Meyrick (1884), is found only in Tasmania. BOLD also presents a mainland form with white head and forewings white with four darkish transverse fasciae [similar to P. impletella]. 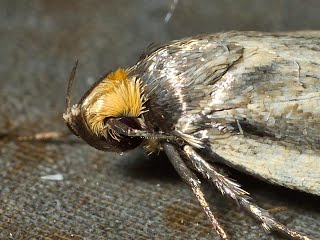 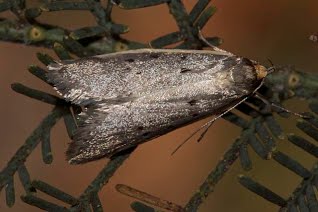