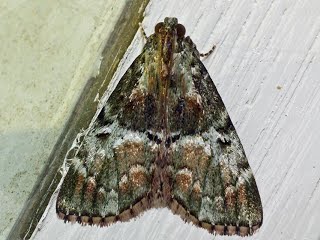 The moths presented on this page may be Salma marmorea, or possibly a similarly marked species, Orthaga thyrisalis. From a dorsal view, they share very similar forewing pattern. The former species was originally described by Warren (1891) as being in colour mostly dull green and pink, and having the forewing base largely dark green and with a reddish patch, whereas a greater description of the latter species by Meyrick (1884) has forewing colour largely reddish to fawn (lacking green) and with forewing basal patch largely black or suffused with dark fuscous. There appears to be many sightings that fall within and between the two as simply described here. The clue to their true identity may lay in ventral view, where the forewings for O. thyrisalis were originally described by Walker (1859) as marked with broad brownish border and brownish denticulated lines. The underside of the forewings of S. marmorea lack such distinctive markings. 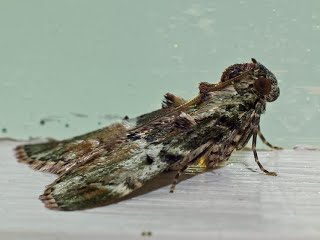 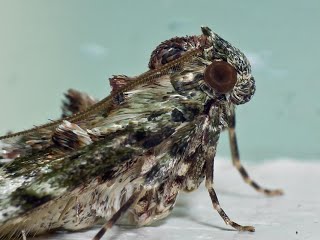 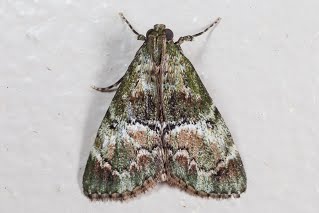