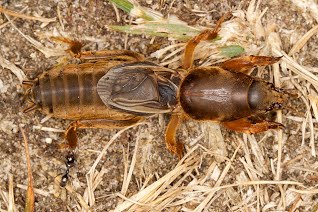 Mole crickets live underground in burrows that have entrances designed to amplify their loud call.  There are only ten species in Australia, and these are all in the genus Gryllotalpa.

Call
Mid December 2012
Hobart
There are three sections to this clip, gradually getting closer to the insect. 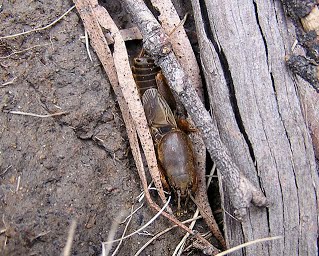 #2 Late May 2012
Ridgeway
When there was an attempt to catch this individual it squirted a stream of faeces as an effective deterrent. 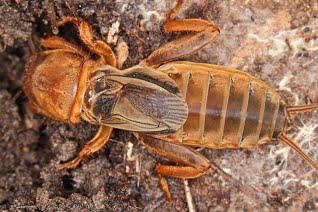 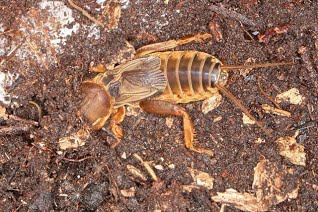 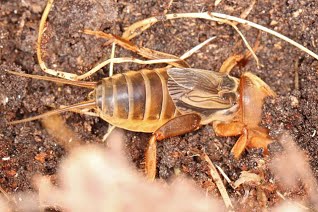 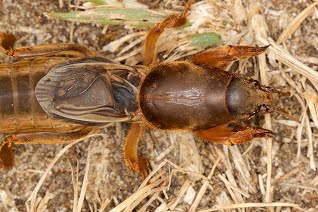 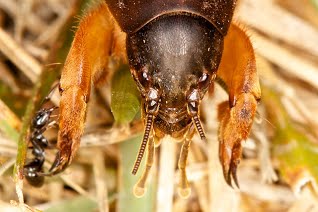 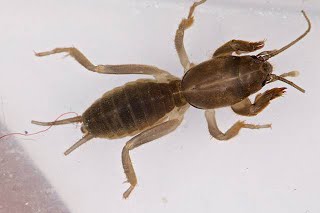 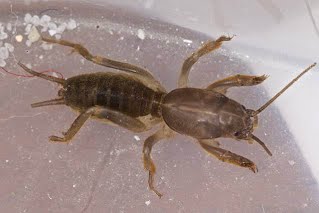 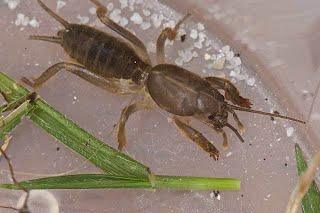 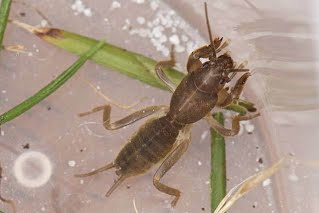 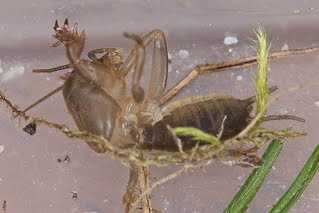 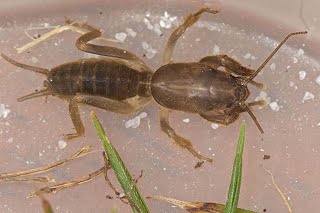 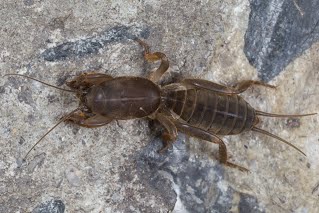 #6. 35mm from each extremity
Late May 2015
Launceston
Images by Peter Collenette, used with permission 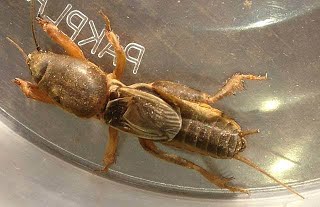 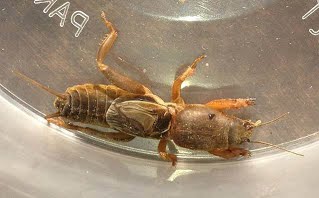 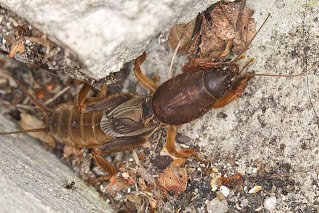 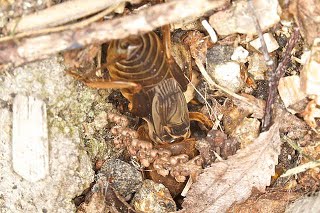