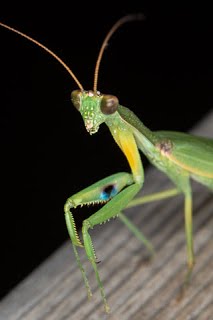 Mantids are well known insects that have captured the imagination of people throughout history.  Most of the mantid diversity is in the tropics, but they are found in all of the warmer parts of the world.  Mantids are found in virtually all habitats where then can find prey species.  They are carnivorous and mainly feed on insects although some of the large tropical species have been seen to feed on frogs, lizards and some fledgling birds!   They capture prey by relying on their camouflage and then projecting their forelegs onto anything that comes close enough.  Some species have been known to stalk prey.
Mantid reproduction has become the stuff of legends.  Most people have heard that the female will consume the male (head first) whilst copulating.  This behaviour has frequently been observed by researchers, but always in captive couplings.  Further research indicates that this behaviour is most likely when the female has been underfed and is rare in nature (Liske and Davis 1987 from A Textbook for Students and Research Workers, 1990).  Once mating has occurred the female lays egg structures called oöthecae.  The shape of these, along with the site it is laid on is species specific.  The nymphs are also predacious.  The nymphal stage lasts for weeks or months.Tasmania has at least five species of mantid. 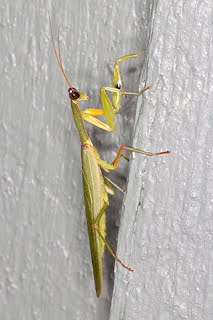 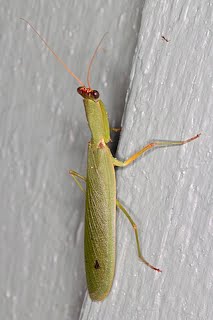 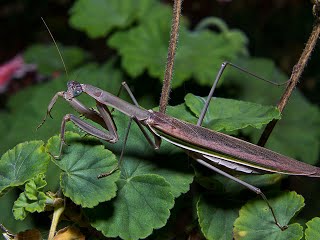 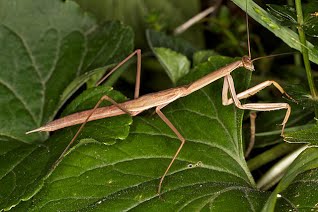 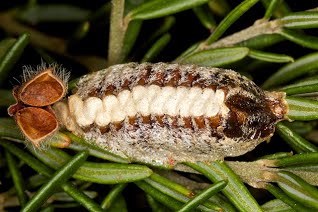 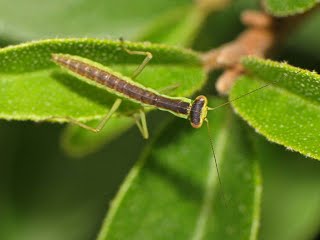 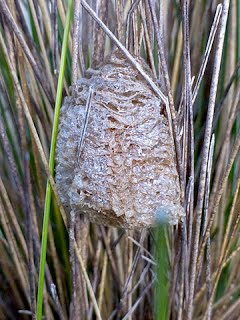 Unlikely to be in Tasmania.

(Found in subtropical and tropical Australia.