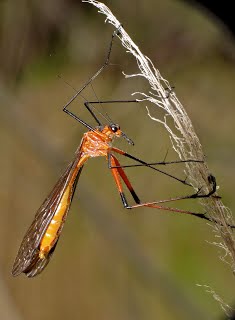 The Mecopterans feed on nectar, and males catch soft bodied insects.  The Harpobittacus adult often emerges in Spring close to water sources and is often found on Leptospermum plants.  They can disperse large distances.  To attract mates, males catch prey holding in their hind legs.  Once landed they move the prey to their mouthparts and exude pheromones which attract females.  When close enough the male grasps the female with his hind legs.  When copulation takes place the male passes the food back to the female.   The females do not approach males without food offerings, and males will mate with multiple females using the same piece of (slightly reduced) food for a lure. 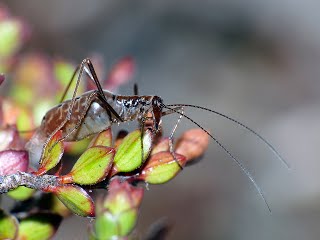 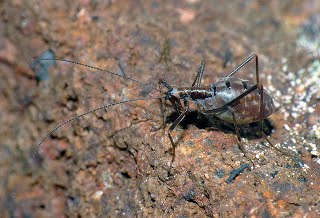 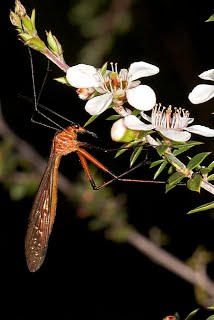 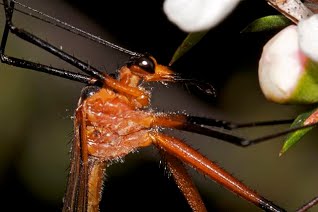