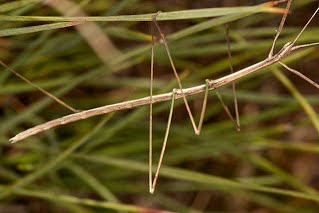 The longest insect in Tasmania is a female stick insect, reaching around 25 centimetres. Males are considerably smaller.   Stick insects are exciting to find as they are very well camouflaged as sticks or leaves and are mainly nocturnal.  They are slow moving and tend to sit still in foliage, occasionally swaying. They feed on leaves.  Female stick and leaf insects are often unable to fly, but the smaller males usually have developed wings and can fly.  Their eggs often look like seeds and hatching nymphs often look very similar to the adults.

The order has a much greater diversity in sub tropical and tropical habitats.  The Catalogue of the insects of Tasmania (1992) only lists three species within the state. 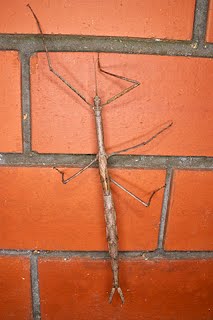 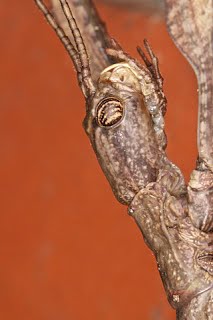