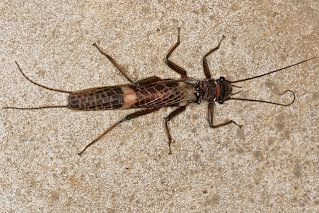 The Stoneflies are soft-bodied, freshwater insects with most adults bearing two pairs of wings.  Many species found in Tasmania are endemic (Hynes, 1982).  Some species can be as small as 4mm and others are up to 50mm long.  Adults can be found near running fresh water streams or lakes and will hide on logs or under bark. Although they are usually dull in colour to camouflage around the water bodies, some have bright coloured wings and will flash the colour to startle a predator. The adults feed on algae, lichen, rotting wood and bark.  Eggs are laid on or in the water, or down into wet crevices.  The nymphs are aquatic and are good indicators of water quality as they are sensitive to pollutants. The nymphs go through a series of instars as they mature.  Some families have carnivorous nymphs, but others are detritivores. The four Plecopteran families are only found in the Southern Hemisphere. 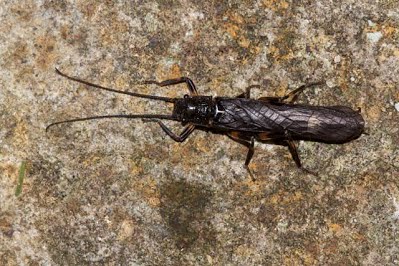 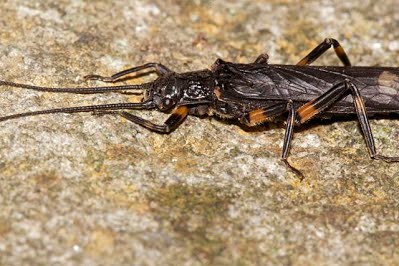 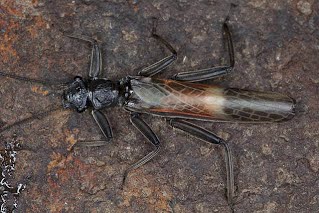 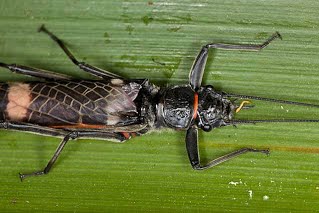 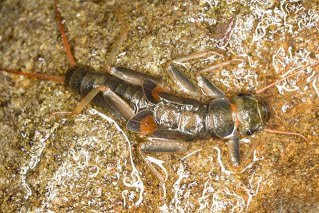 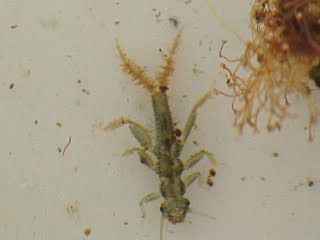 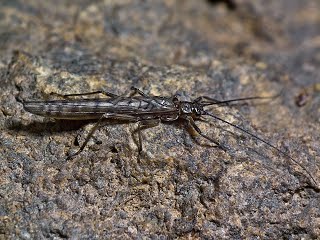 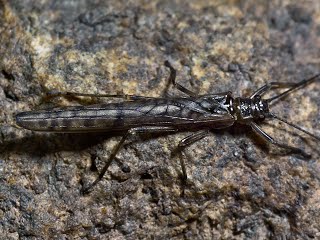 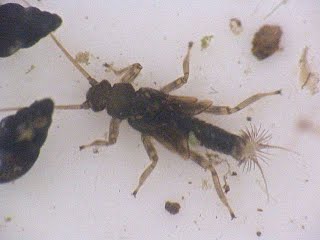 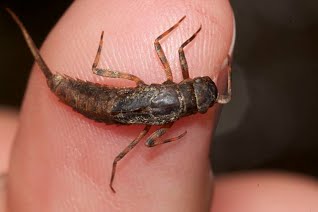 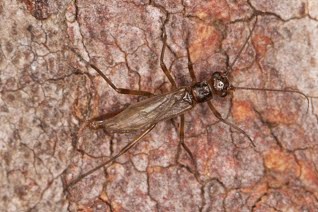 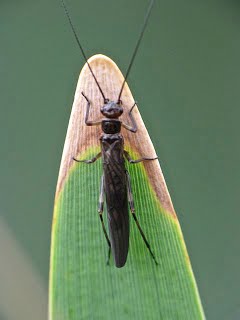 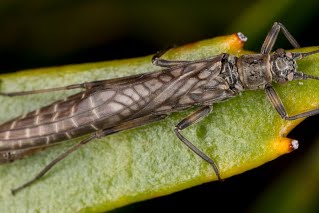