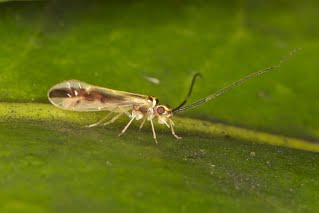 Aphyopsocus prolixus is notable for the thickened first antennal flagellar segment, relative to the remaining segments, in both sexes and in the later nymph stages. The adults are largely yellowish marked with brown, while the nymphs lack colour, being mostly white, and have an unusual posterior spine developed on the abdomen.
Late March 2014
Ulverstone
On Camellia 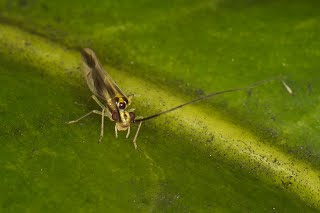 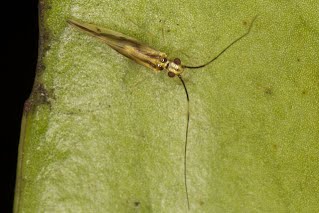 Late March 2014
Ulverstone
On Camellia.
Presumably the nymph of the adult above 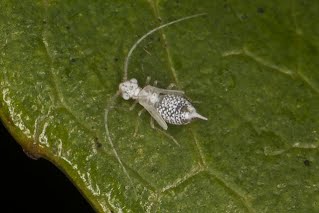 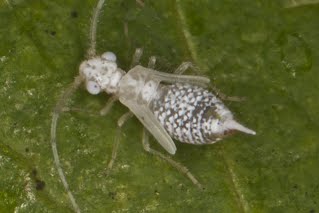 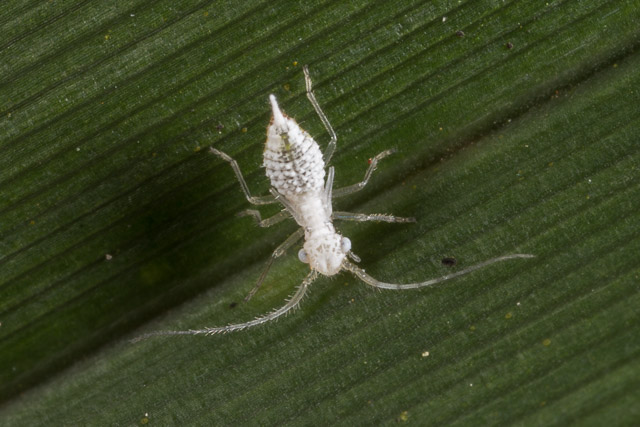 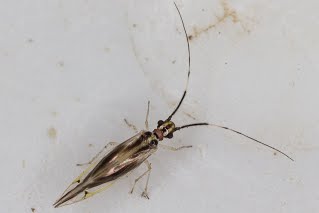 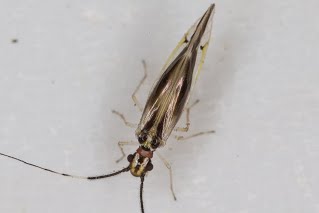 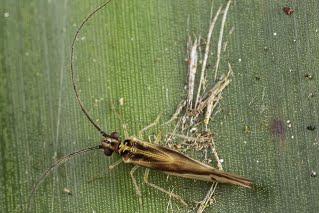 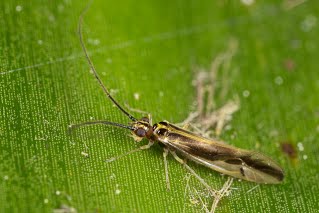 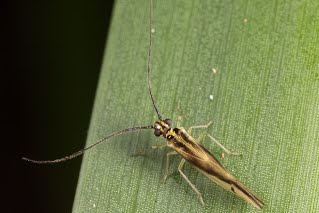