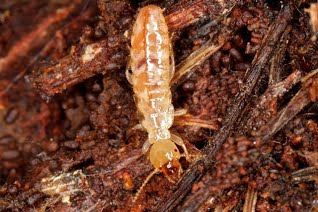 The termites are a relatively small order and are closely related to the cockroaches. Until recently they were placed in the Order Isoptera.  They live in large colonies and use division of labour by having a series of castes; the Kings and Queens, soldiers, and workers.  Termites are mainly found in in tropical and sub-tropical regions.  In Australia the reproductive castes have two main flight periods: late spring to early summer, and autumn.  The flights enable the distribution of the new colonies and also genetic variability.  The wings are shed soon after landing.

Only one fifth of the termite species build mounds.  The rest nest underground or within moist or dry wood. 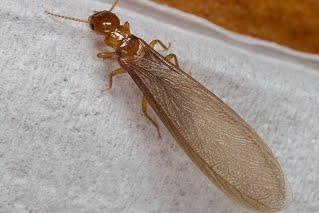 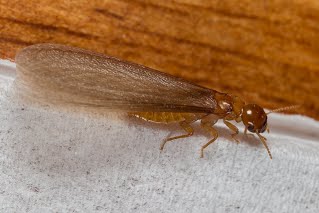 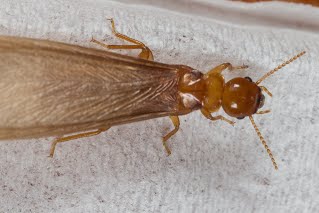 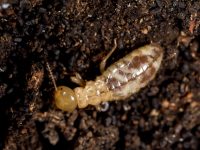 Family Rhinotermitidae.
Wood feeding and cause damage to buildings.
Not found in Tasmania.

Family Mastotermitidae
Contains a single living species that is only found in Northern Australia.
Not found in Tasmania. 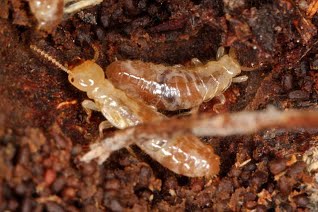 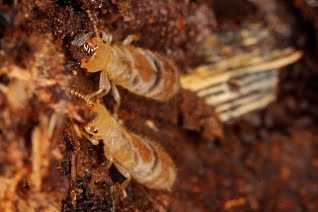 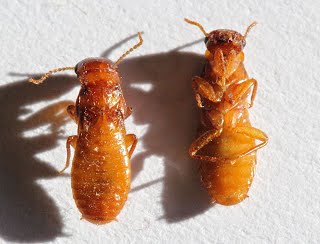 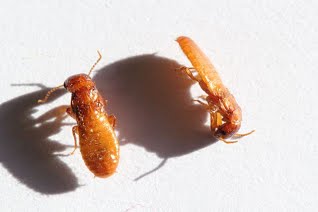 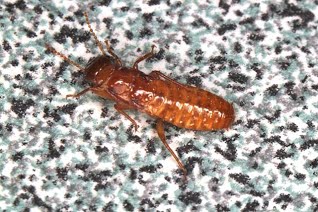 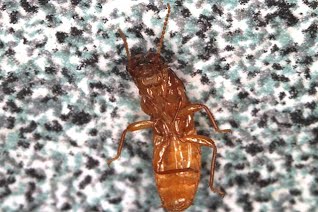 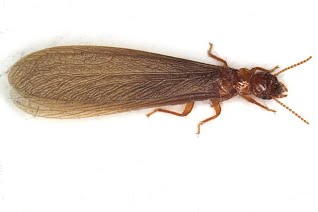 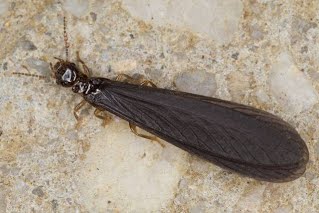