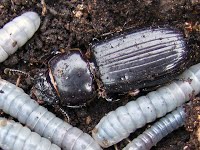 The Passalids are shiny black beetles that have a curved antenna. They live in rotten logs, leaving only to form new colonies and show a level of social structure.  Adults can make a sound by rubbing their hind wing against the end of their abdomen.  The larvae can also make a sound by rubbing their modified and stumpy back leg against their middle leg.  These beetles also support a wide diversity of other organisms such as mites, fungi and nematodes.  Only one species, Pharochilus politus,  is known from Tasmania. 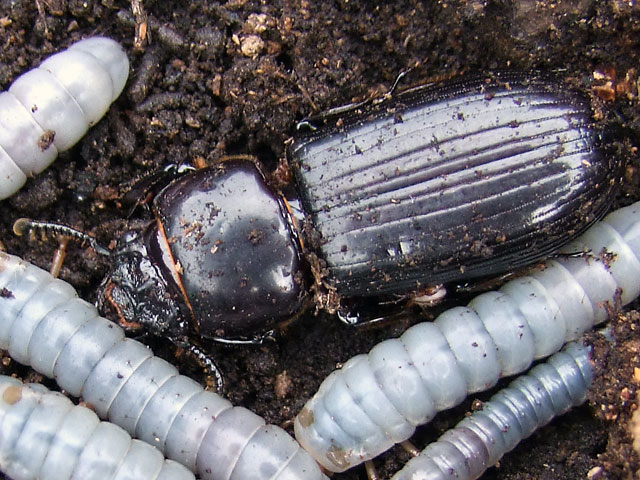 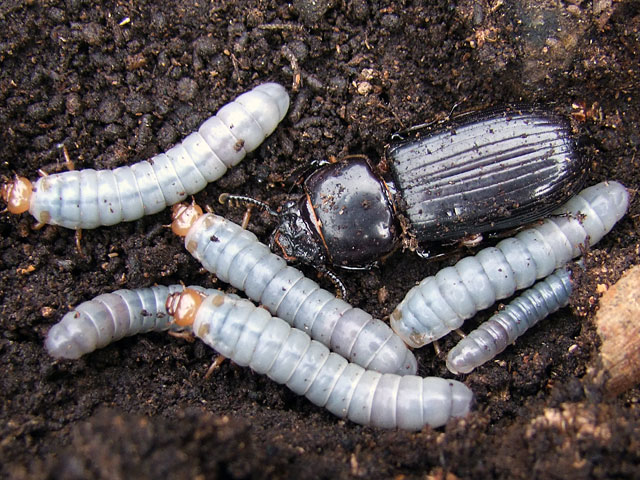 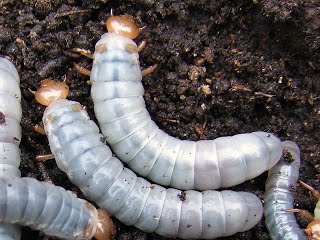