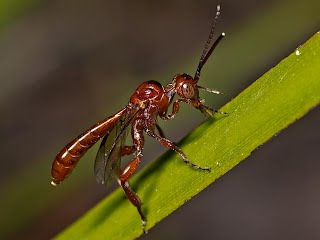 Pseudofoenus spinitarsis is a medium sized (7-11mm), reddish-brown species variously marked with black. The mesonotum surface is sparsely punctate, but lacking distinct impressed rugosity or strigae as seen in the other Tasmanian species. The first two hind tarsal segments are asymmetrically produced apically to the outer side, with each being tipped there with a spine. For Tasmanian species, the latter character also occurs in female P. darwini, though this species can be distinguished by their smaller size (4-6mm) and the mesonotum being distinctly strigate. As with all Tasmanian Pseuodofoenus species, females can be identified by the 14-segmented antennae, and males by the 13-segmented antennae. 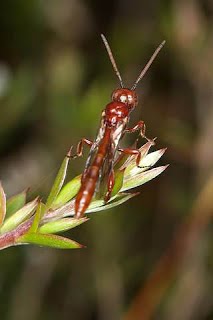 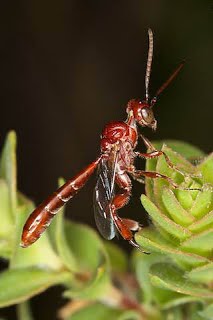 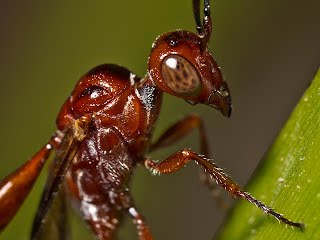 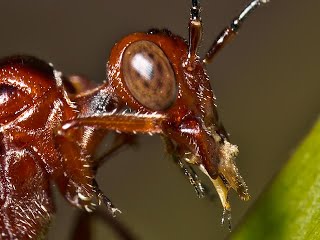 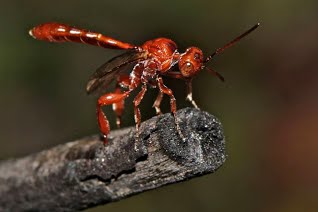 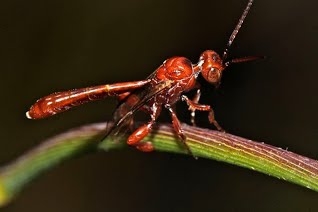 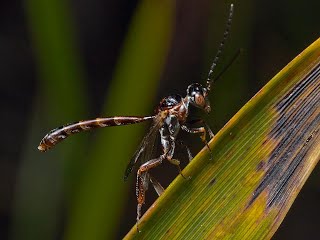 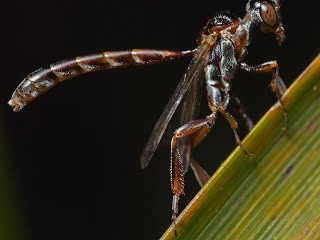 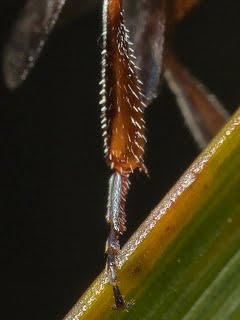