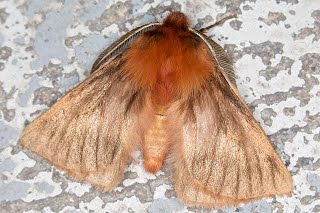 Pterolocera is a genus awaiting a modern revision with apparently numerous undescribed species. The males are fully winged, however most females are flightless. Pterolocera amplicornis, the type species and currently the only described Tasmanian species, was described in the mid 19th century from male specimens collected from WA, SA, NSW and Tasmania. Historically the males of this species have been accepted as variable and tending to form local races however it’s likely there are at least several undescribed species included. 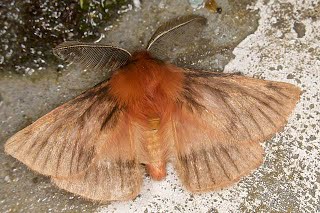 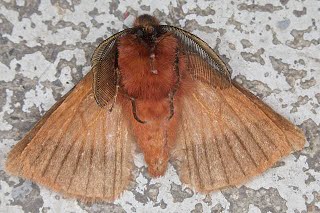 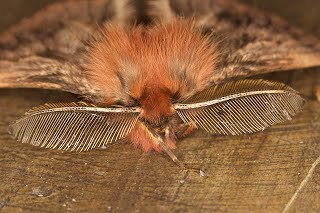 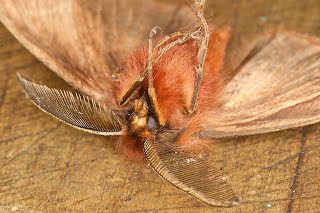 Pterolocera amplicornis complex larvae – the markings and colouring change with age, generally becoming much darker with the later instars : 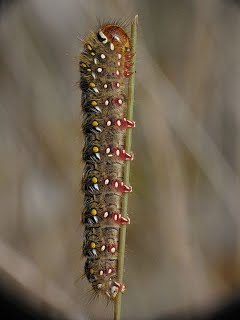 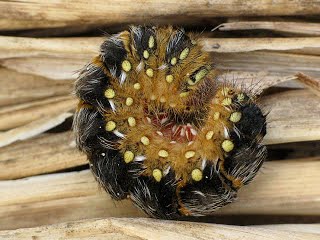 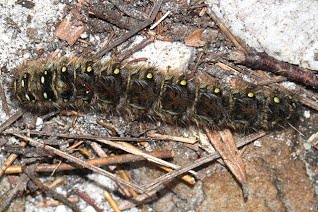 Pterolocera sp.
Early September 2016
The Domain, Hobart
Larvae feed on low growing herbs and grasses in open habitats. The female moth is flightless.
Identification and information thanks to Peter McQuillan. 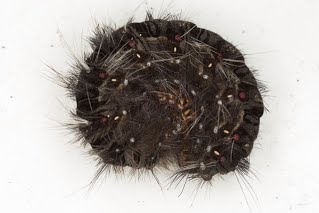 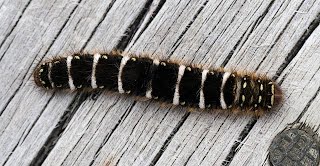