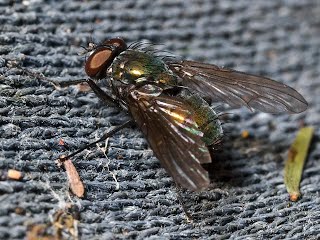 Helina tasmaniensis is a smallish species (4mm) with metallic green-blue tones on a lightly dusted thorax and abdomen with the usual dorsal thoracic four vittae seen in Helina being barely perceptible. Postsutural dorsocentral bristle pairs number three and there are no strong presutural acrostichals. Antennae are entirely blackish with the arista long haired. Legs blackish and wings without crossveins clouded. Important additional characters which help to distinguish this from similar looking species include haltere knobs blackish and calypters with margins fuscous. The species was described from a male, with the female undescribed.

There are numerous similar looking species but they either do not entirely fit the description above, or are poorly described. H. hypopleuralis most readily agrees though is larger at around 7mm, the thoracic vittae obvious, and the abdomen with dense whitish pruinescence.

Male
Late December 2015
Sandfly
This fly is a bit larger than described for H. tasmaniensis at around 5mm and the wings are fuscous along the outer margin. All other aspects agree and thus is contained here. 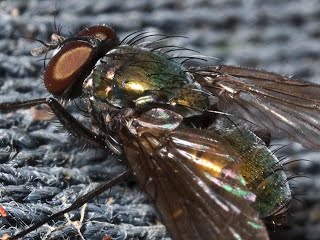 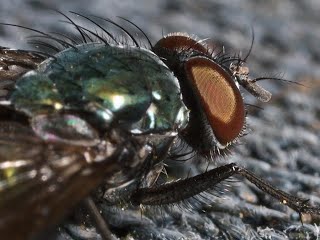 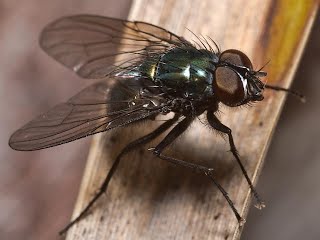 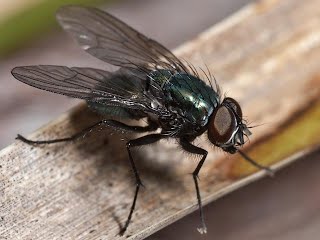 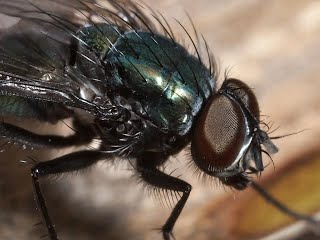